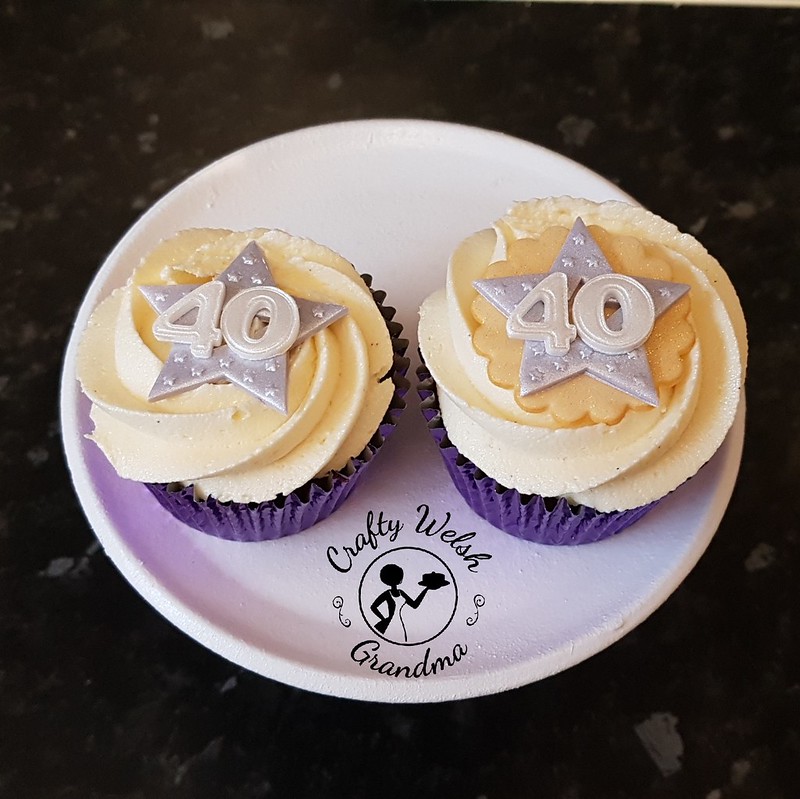 These delicious Red Velvet cupcakes have been made for some lucky person's 40th Birthday this month.  My 'remit' was: Red Velvet sponge, purple (topper and cases), not 'girly' and 40th Birthday. I think I did ok.

Each of the toppers has been handcrafted specifically for these cupcakes.  Made from fondant, they are gold, pearl, and lilac, all sitting on a bed of delicate vanilla buttercream. The buttercream has been flavoured with vanilla bean paste, so you might see tiny flecks of the vanilla bean in the buttercream.

Gold disks, made from white fondant with CMC powder, sprayed in gold luster spray and topped with a light dusting of glittery gold luster dust. These form the base layer of half the toppers. 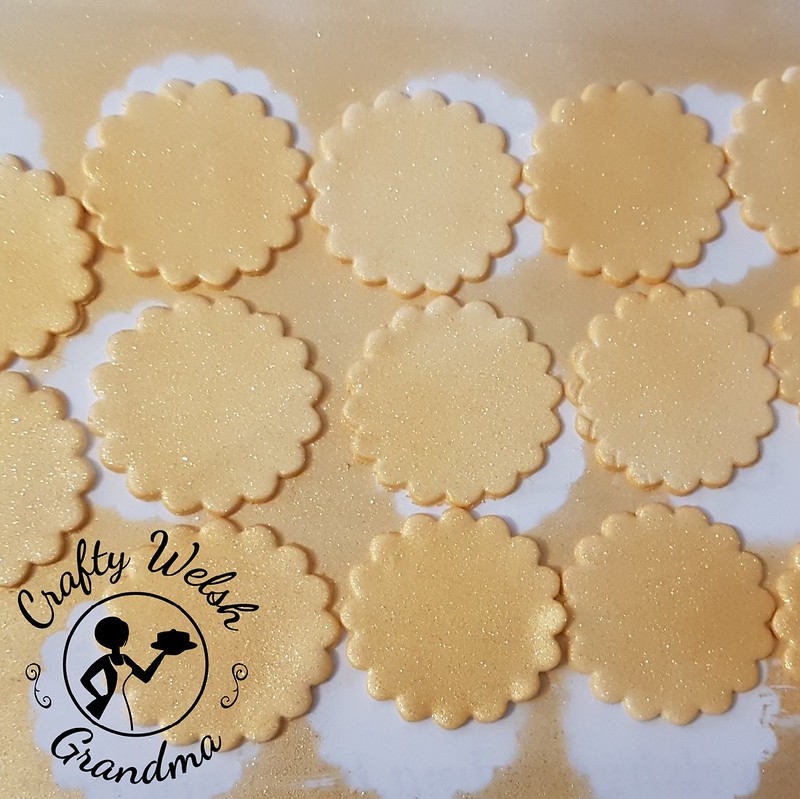 Lilac stars were made, using the same process as above but these have been sprayed with pearl lustre spray.  The lilac was made with fondant, CMC and purple food colour gel. These form the second layer of half the toppers and the base layer of the other half. 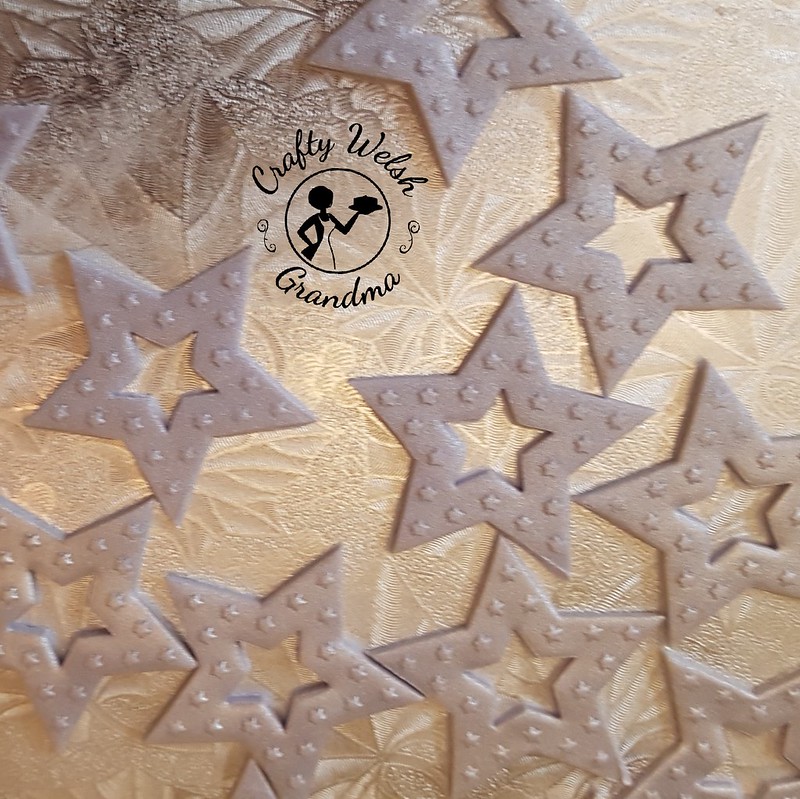 On top of each of the stars are fondant number 40s. These have been sprayed with a pearl spray and a very light dusting of silver luster dust. 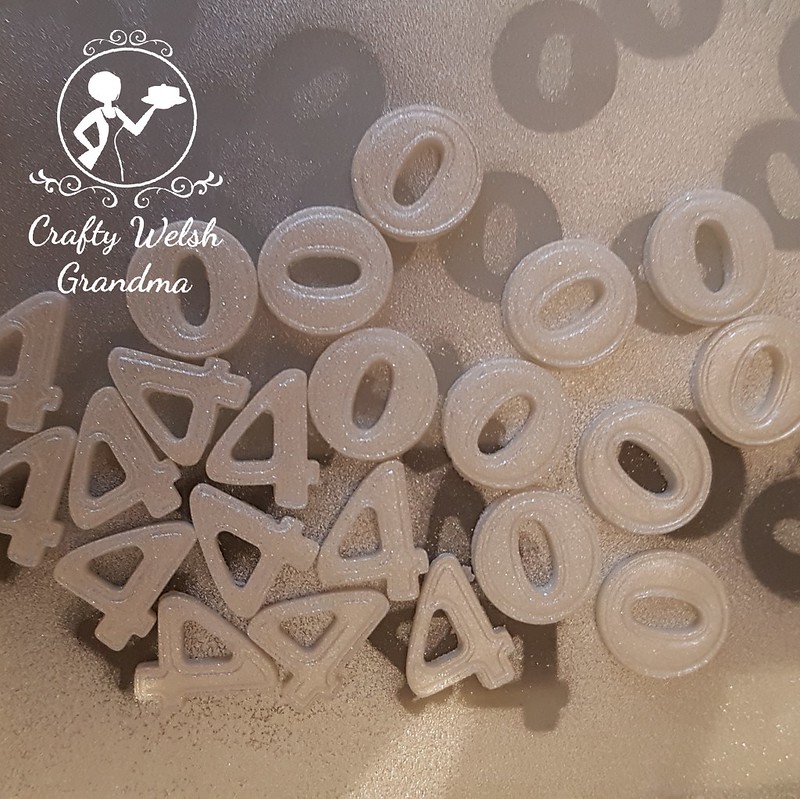 Once these were dried, they were assembled and placed on top of the cupcakes. 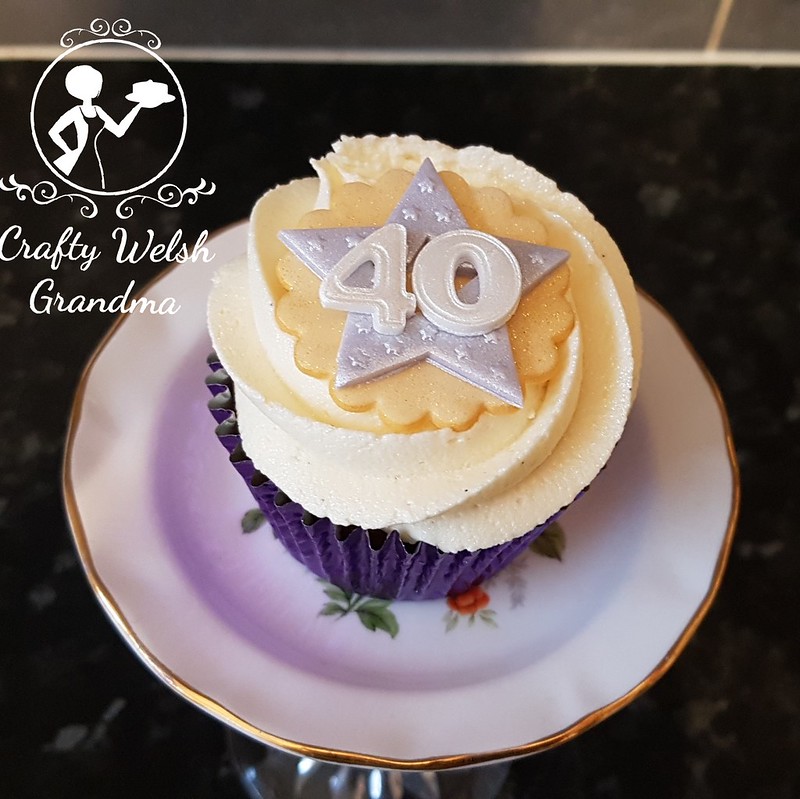 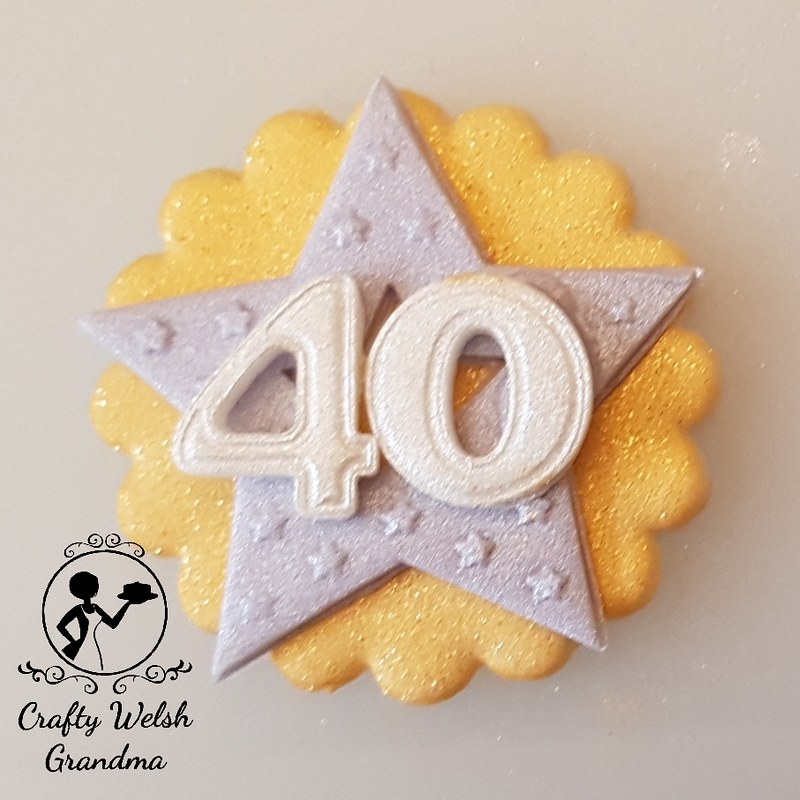 Half with the gold disks. 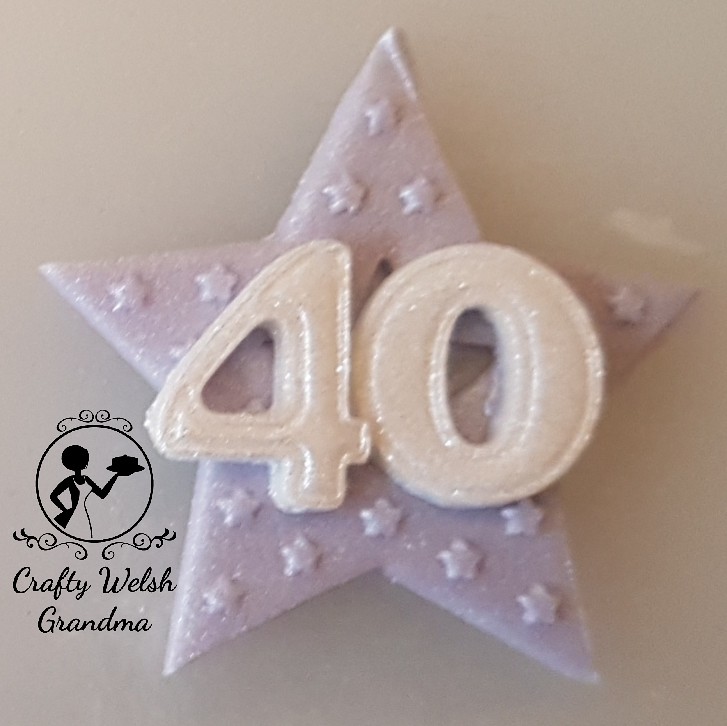 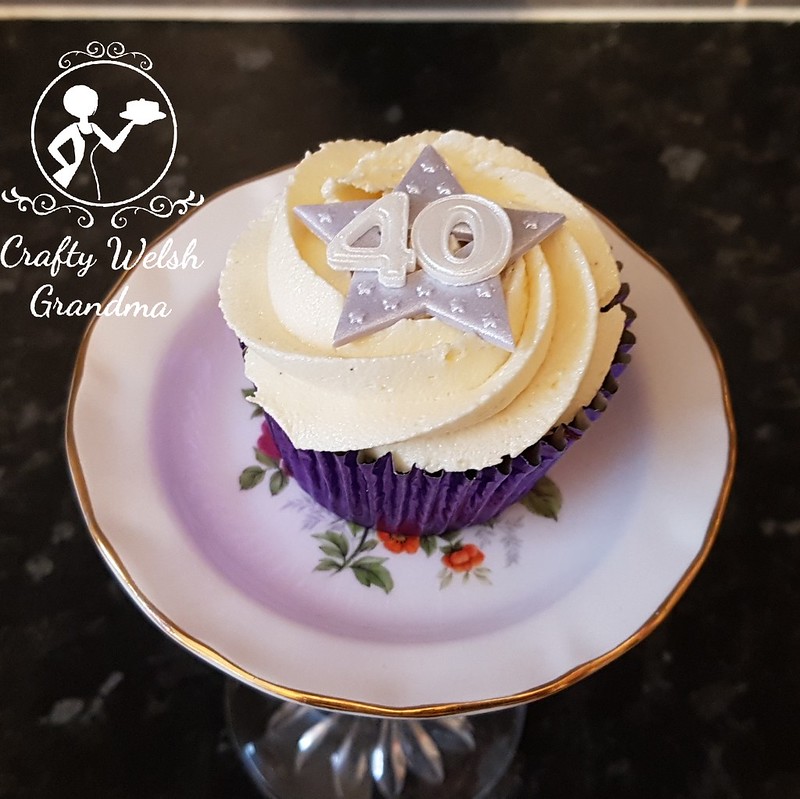 And the other half with just the stars.