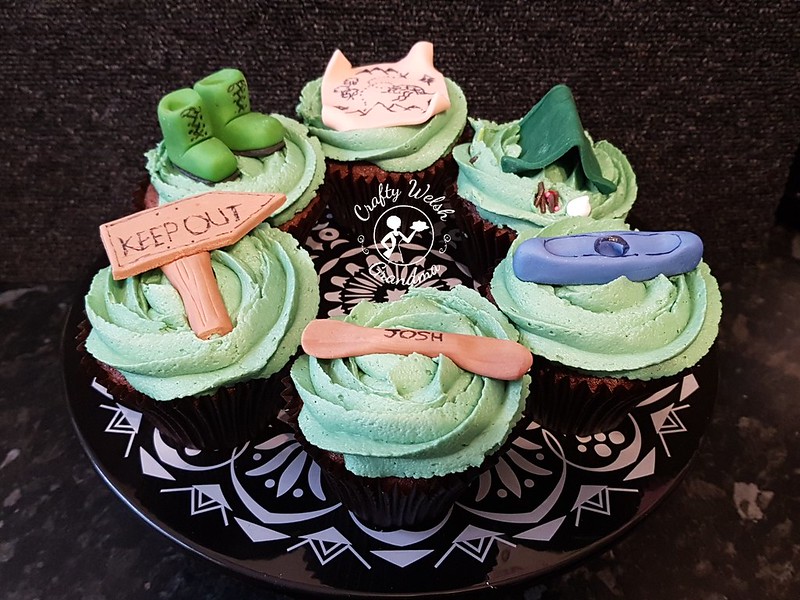 These wonderful batch of birthday cupcakes were made with a brilliant idea for a theme. I'm going to be honest and tell you, this was not my idea, it was the gifter's idea as the lucky recipient works outdoors.

There's not much I can say about these apart from, the chocolate sponge mix was prepared, in a masterclass, with a student and the toppers were handmade on the day.

The toppers include (from top centre and clockwise): 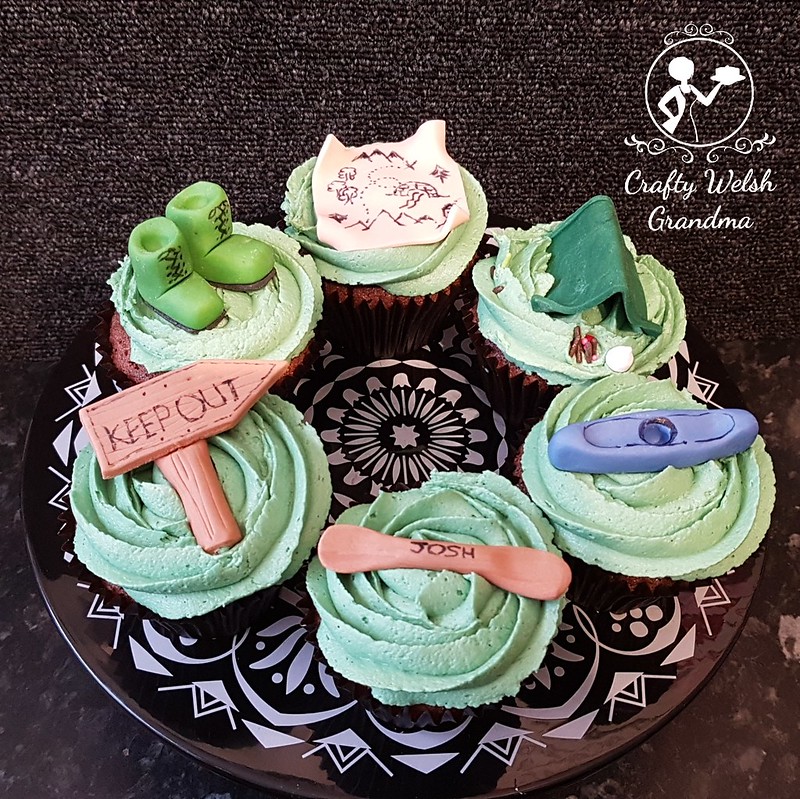 I hope they'll be enjoyed! 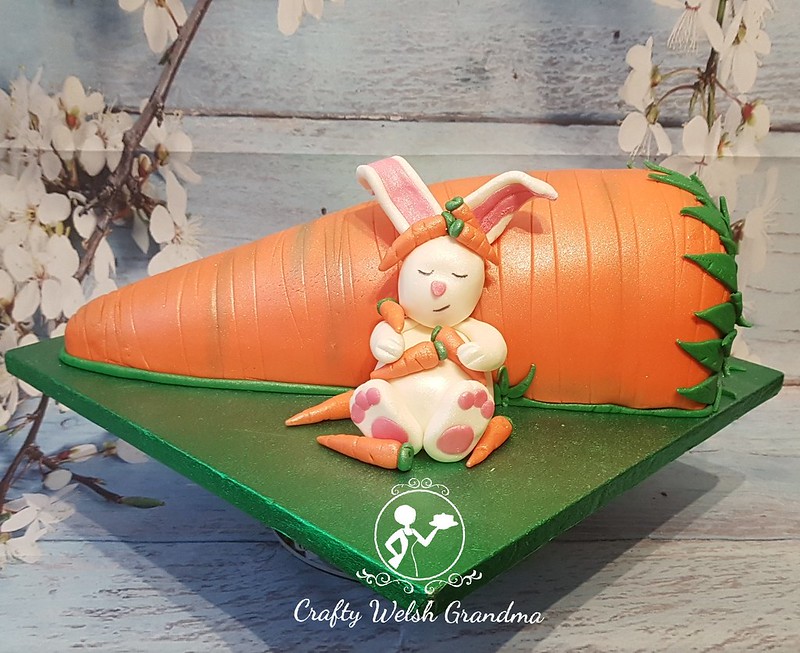 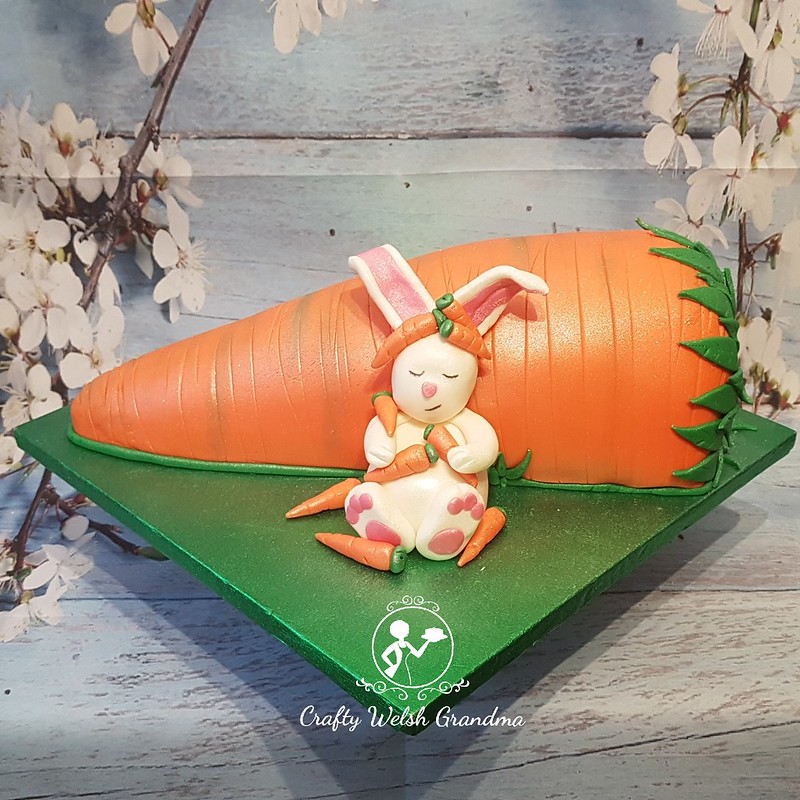 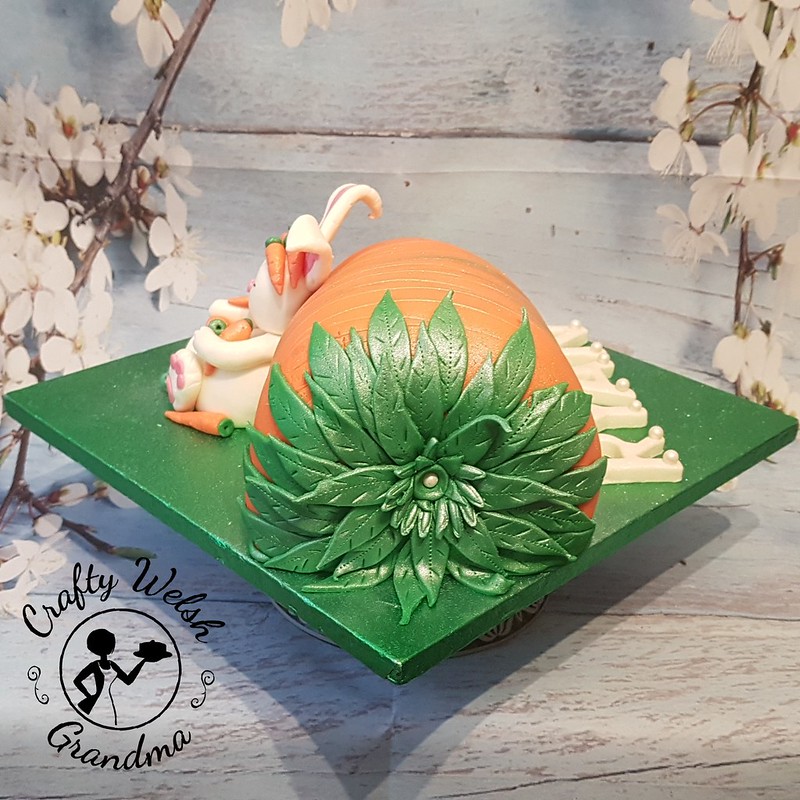 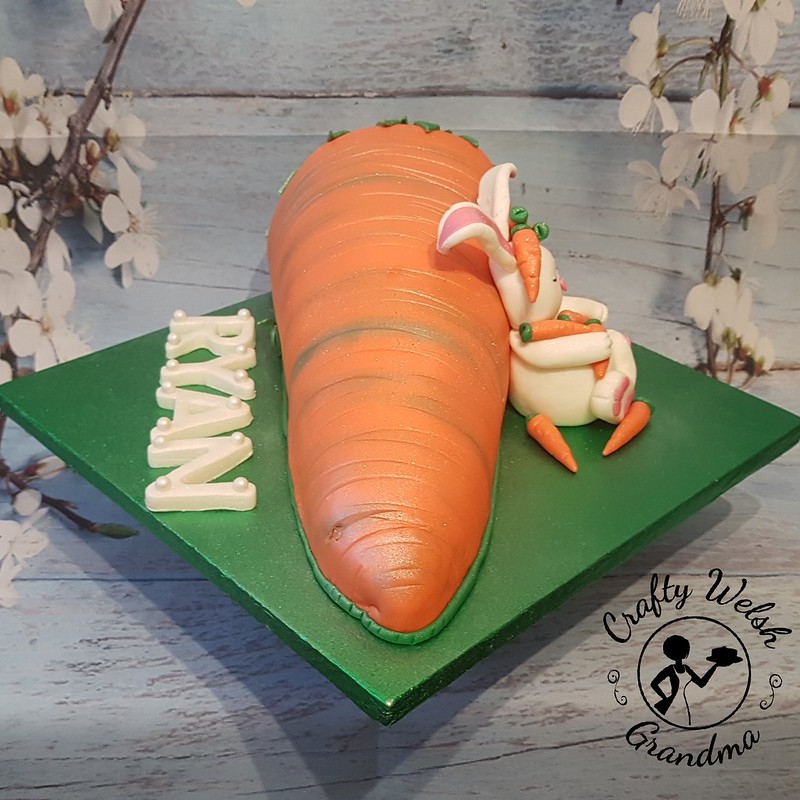 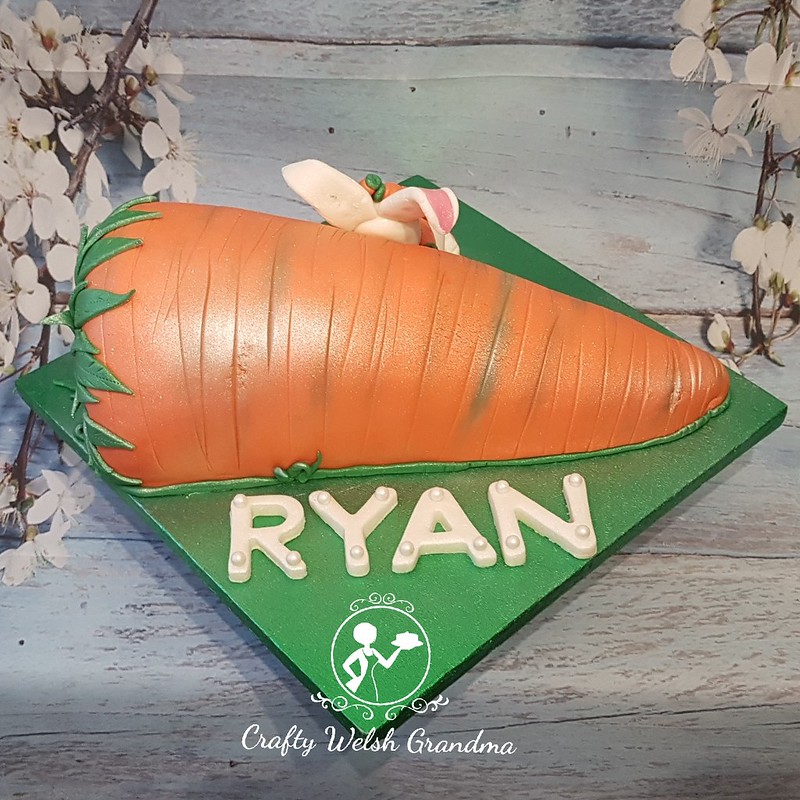 This little wonder will be traveling in its box with tissue paper stuffed under the bunny's ears, just to make sure they get there still attached.
Posted by Niki Hill at 08:30 8 comments: