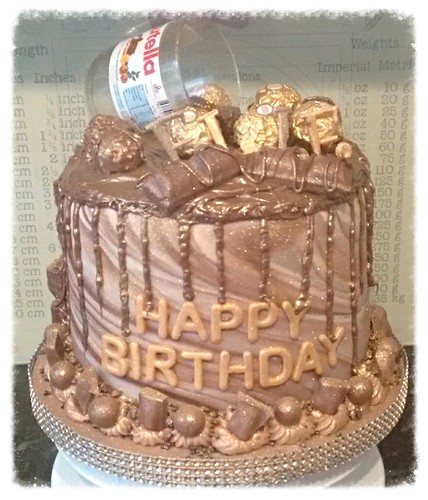 There's Nutella in everything! Almost.


However, there's no Nutella in:
In addition, I used the following to decorate:
If the birthday girl isn't sick of Nutella after this ... Well, I just don't know what to say

It all started with three layers of Nutella and chocolate sponge ... 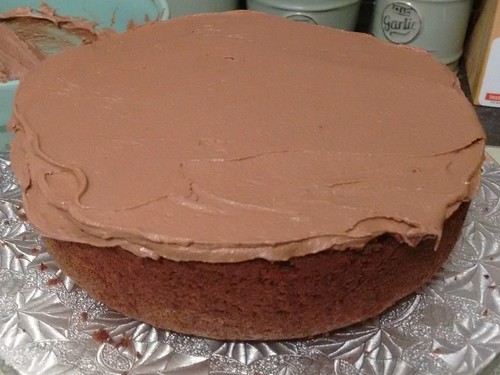 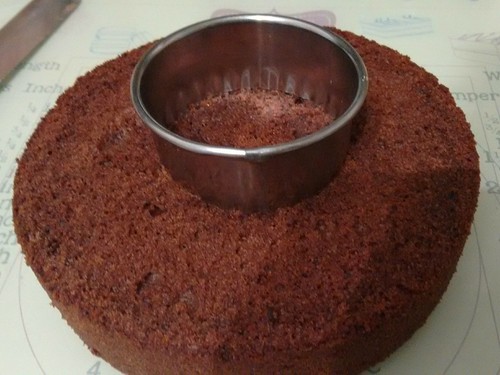 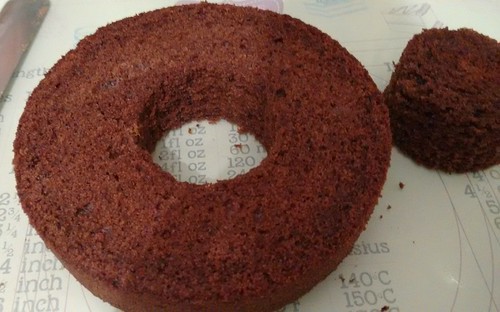 ... to cut a perfect hole right in the centre of the middle layer 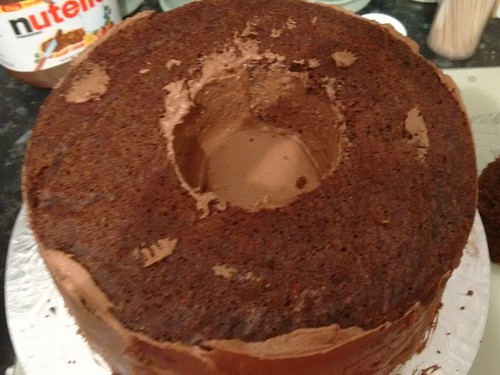 The hole / well was lined with the buttercream ... 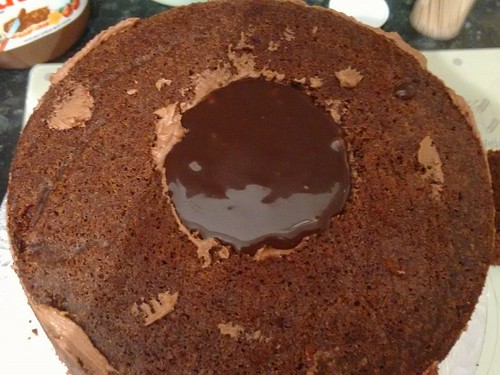 ... and filled with the Nutella ganache 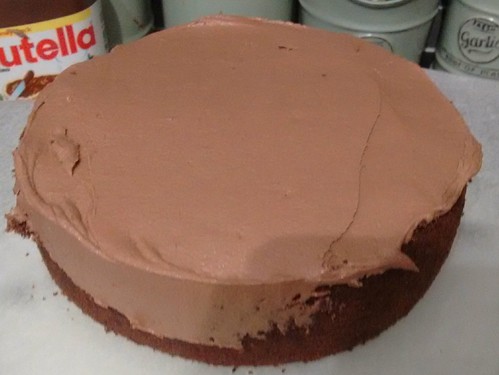 As the middle layer has a hole in it with unset ganache, the top layer had to be frosted before it was upturned and placed on the top of the cake 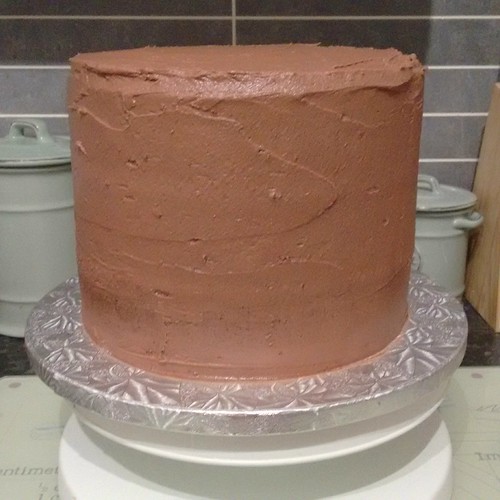 The three tiers were crumb coated and chilled.
At this stage, because the ganache and frosting have not set, the layer cake was unstable, so it has to be chilled right through before it can have it's fondant coating.
This caused a little bit of a problem!
My refrigerator simply wasn't big enough to accommodate the cake - yep, I think I might have overdone it somewhat. 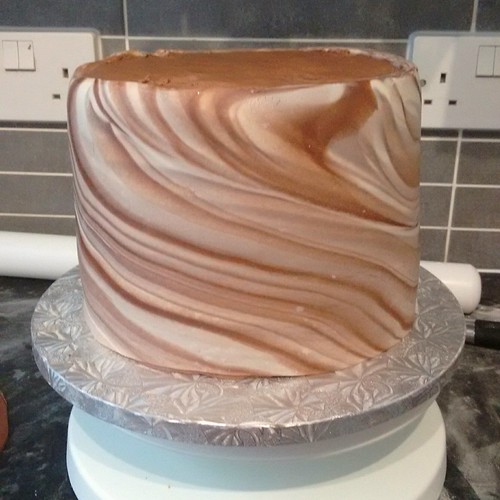 When the cake chilled, it was covered in milk chocolate and white chocolate marbled fondant on the sides.
The top was later covered in plain, milk chocolate fondant.
Both processes required to cake to be re-chilled and the fondant trimmed with a blade.
The board was then covered in the mixed fondants, this was mixed so it was plain and not marbled. 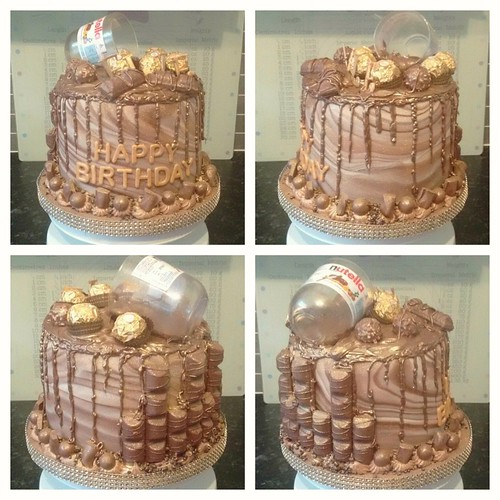 The Nutella was warmed slightly, in the microwave and poured, swirled, pipped and drizzled over the top of the cake.
It had to be pipped to imitate drips down the sides as it wouldn't drip by itself because it wasn't warm enough. If I had warmed it too much, it would have ruined the cake.
The cake was then embellished with hand painted letters and various other decorations (see above) then the whole cake was sprayed with gold lustre 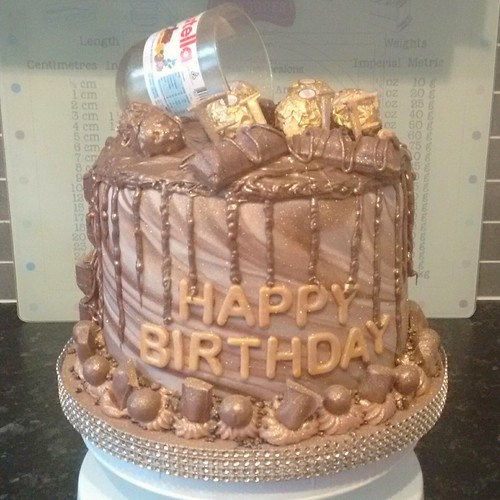 Since the taking photos and uploading them, the gold bling board trim has been shortened from four rows down to three. 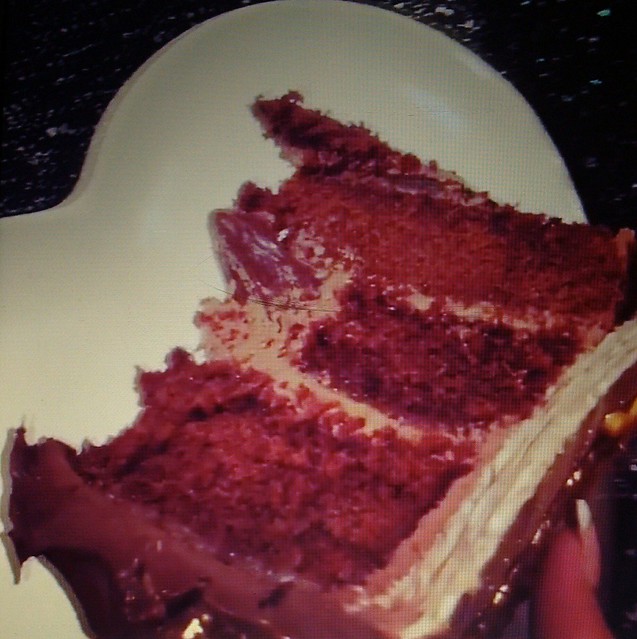 Thanks to the birthday girls Mum for tagging me in the video of the cutting of the cake. Here's a still. It looks even better than I imagined. Very chocolatey and utterly calorie laiden - yummmm

Entered into the WeBake Beat the Baker Challenge