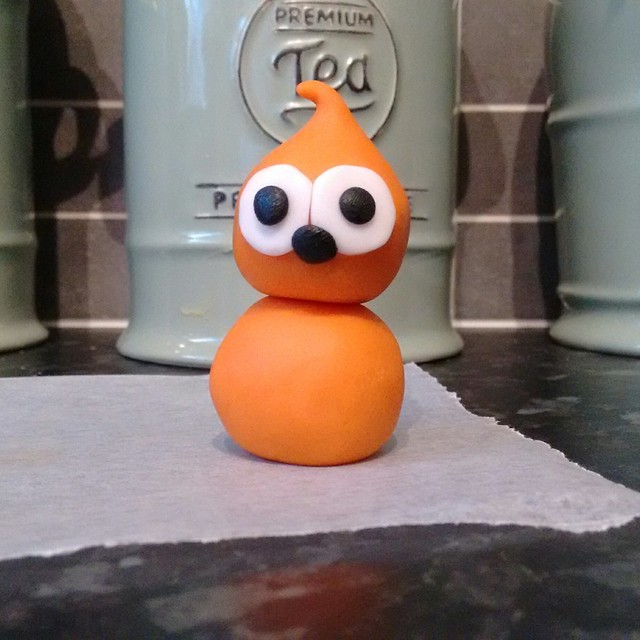 Here in the UK a certain energy company uses an absolutely adorable little orange blob, also known as a "poo" in their advertisements. I for one am so in love with him. Check him out on YouTube if you've never seen him before.

I had some orange fondant left after my Snowman Christmas Cake and the fondant teddy bear but not a lot. So, as this little dude is a sort of "crush" of mine, I made one.