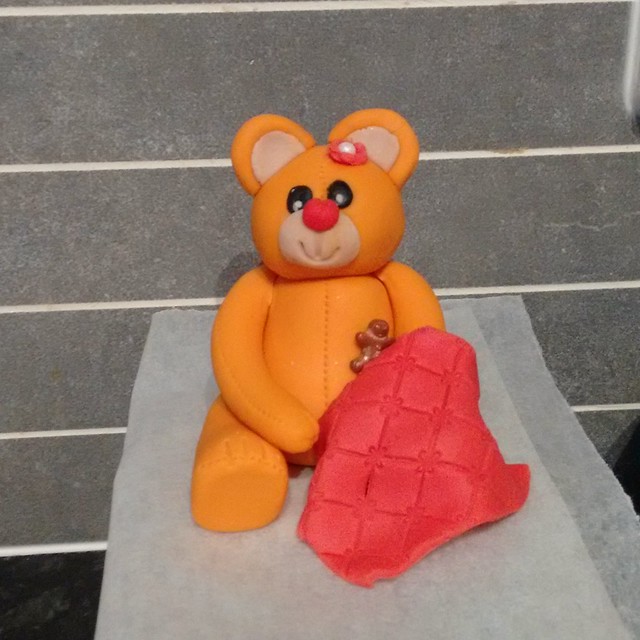 Following my first attempt at sculpting a fondant bear, it was time to try again.

The process was the same as before and, as I promised myself, I made my changes (they are listed under the same numbers as the previous bears list of changes):
I also added a little flower on the head and a small square of patterned fondant for a "blankie".

Check out my first effort here