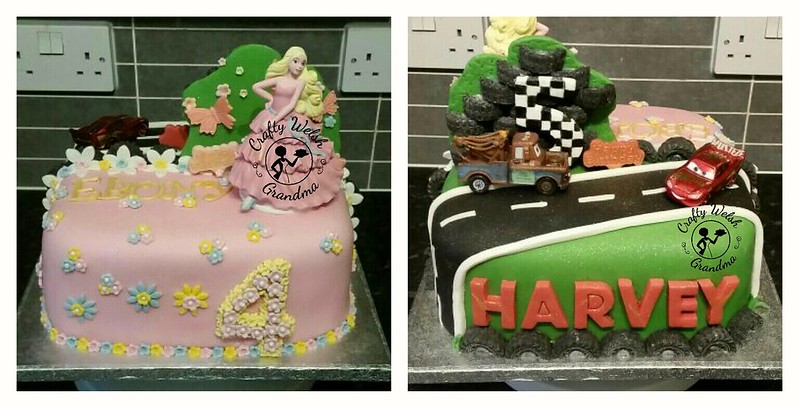 Joint cakes are never a problem for me, as you can see from a previous one I made.  The 'difficulty' comes when there are two, very distinct personalities and two polar opposite cakes that need making and then I have to try and get them on one image for my blog - yes, that is the hardest part.

Oh! And I also got the chance to use my new letter cutters, which aren't even listed in my Alphabet and Numbers Showcase page yet. 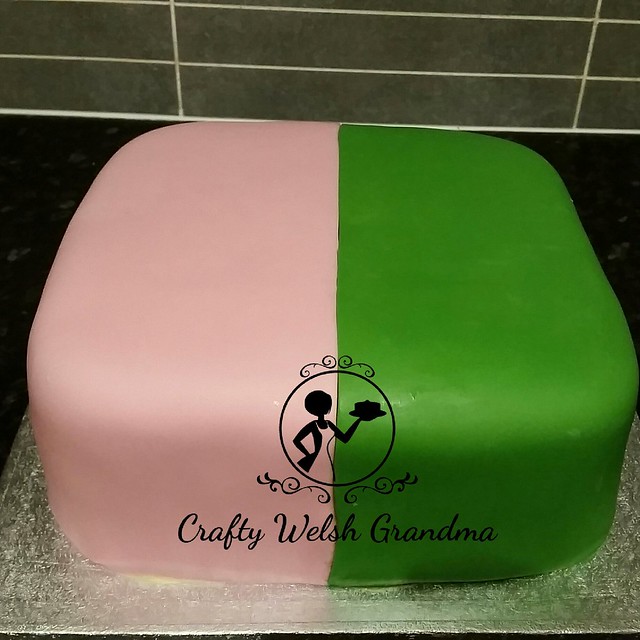 I was asked for a cake for a young man, who will be aged five and a young lady aged four. The five-year-old was to have Lightning McQueen and the young lady was to have a princess. And I think I've done ok here.

The simple, yet delicious, vanilla sponge was measured and divided into two halves and then two colour fondants were added. Whilst making a cake this way may only end up with one cake to bake, but the decorating side remains as two cakes. 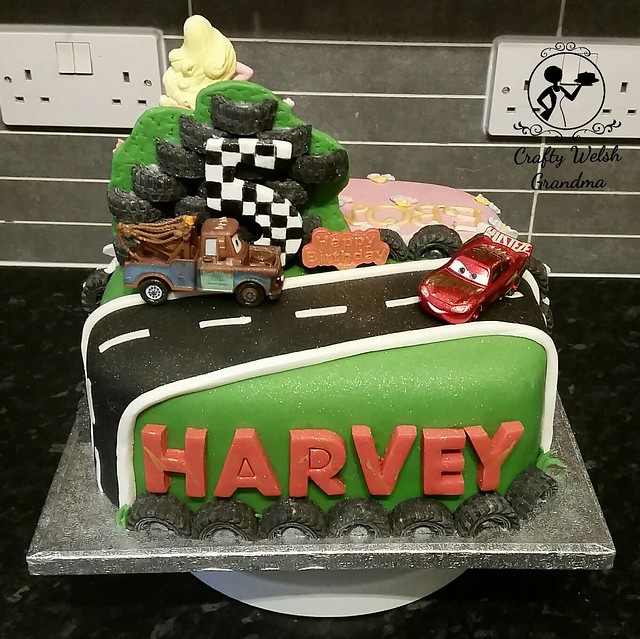 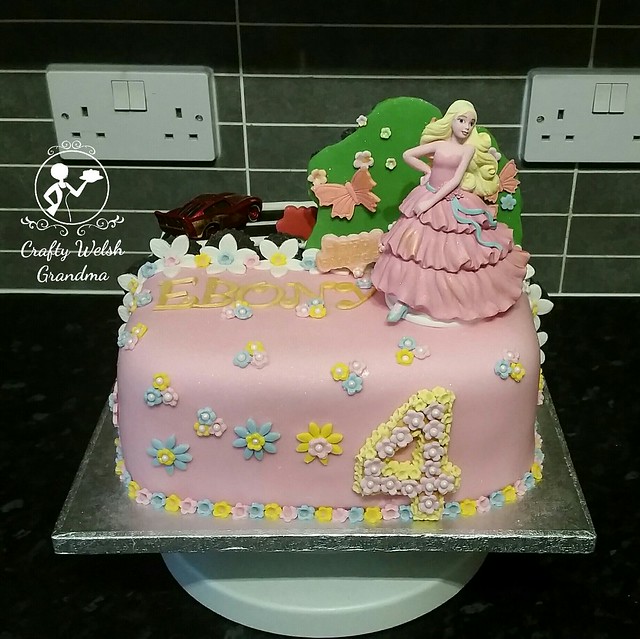 The Lightening McQueen half had a stack of tyres at the back holding up a chequed flag hand painted number five, so the back of this had to be hidden as it would spoil the Princess half with all the black. So the Princess half had a green tree / bush covered in pink flowers with butterflies to hide this. 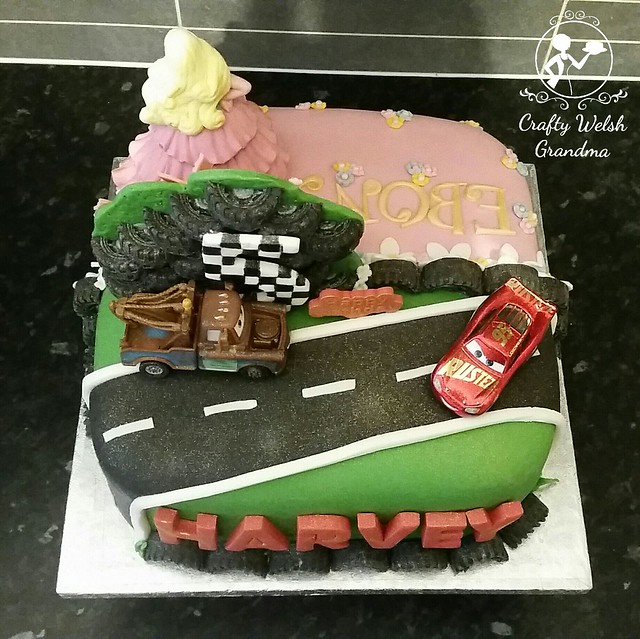 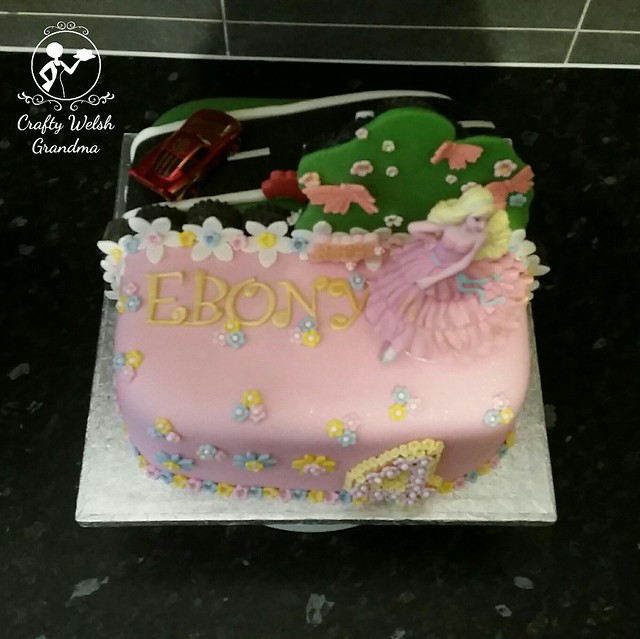 Whilst everything, regarding decorating, is double the work, double the thinking process, double the time, the final piece is as double as effective leading to double the reward. 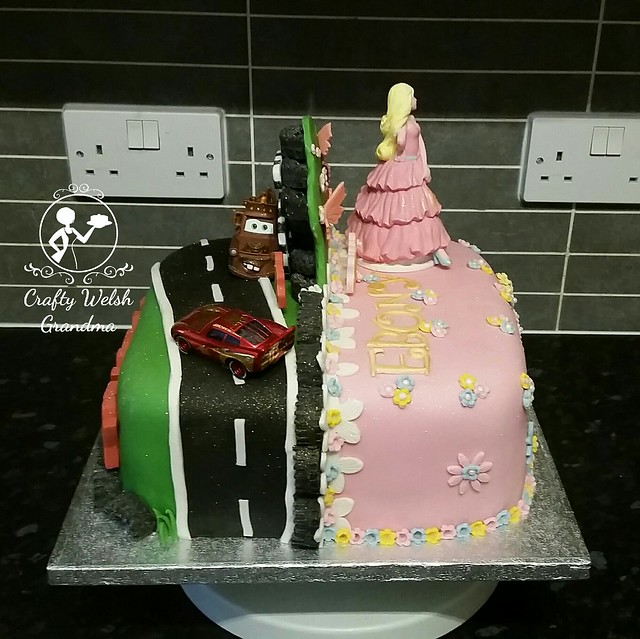 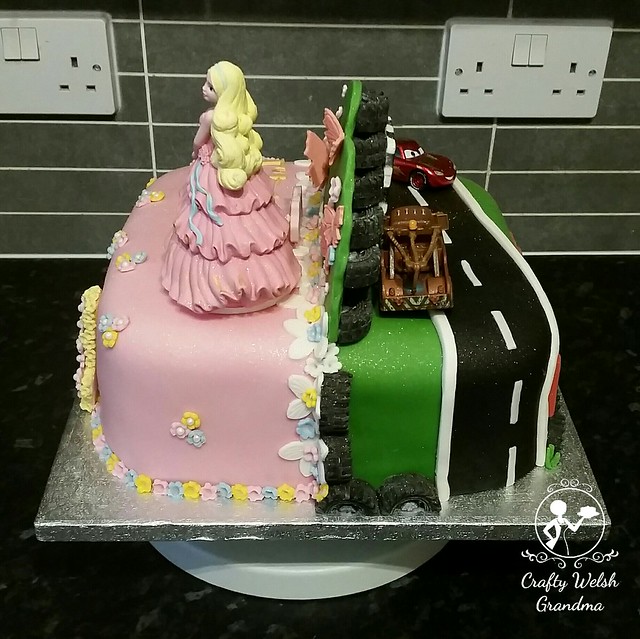 It also means, double the photographs for your viewing pleasure :) 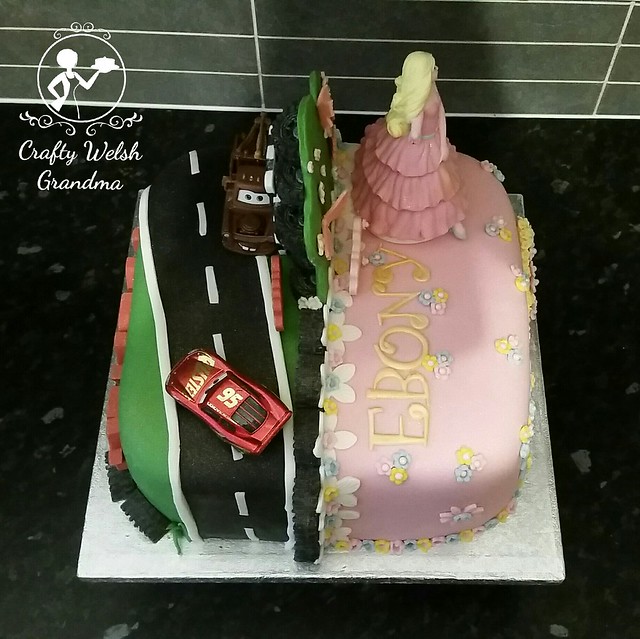 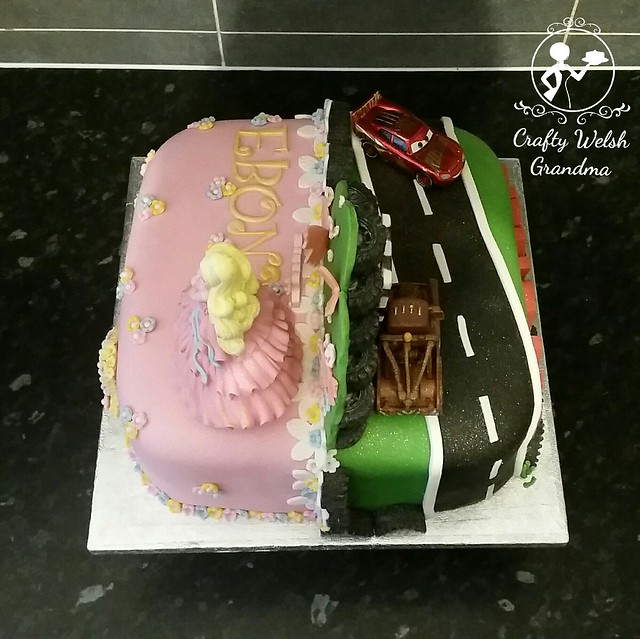 But I'm sure  you'll agree, they're all quite worth it.

The Lightening McQueen and Mater figures are official Cars the Movie merchandise whilst the Princess cake topper is an official Barbie, almost edible, purchase. I say 'almost edible' because the supplier advised that it is not be eaten as it would 'break your teeth'.


I'm currently working on another joint cake due for this weekend too, so watch out for that one.
Posted by Niki Hill at 17:14