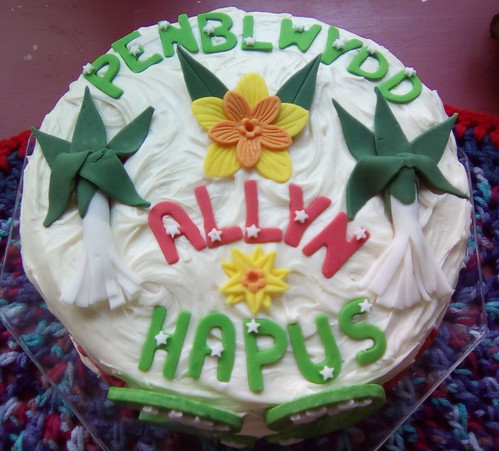 Made in America with its roots in Wales, UK

This cake was going to be different for so many reasons, that it was probably going to be one of my biggest challenges to date because: 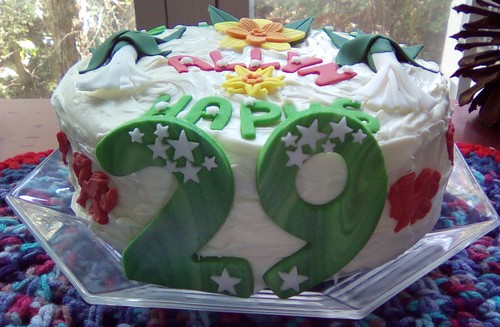 So this cake started about a two weeks ago and 4000 miles away, with all the fondant decorations, the leeks, the dafodills, the names and messages, all had to be made and given extra time harden up so they could be packed. Task completed most successfully. I had one casualty and, due to the fact I made way more than I would need, it wouldn't matter. 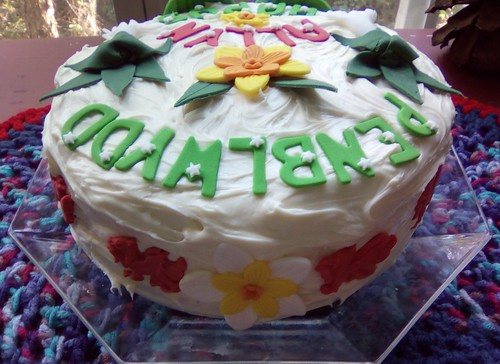 I faked the ingredients, went to the nearest supermarket on the day and purchased a funfetti mix. I also purchased standard size sponge tins, ready made frosting for the sandwiching and covering and some basic essential tools. 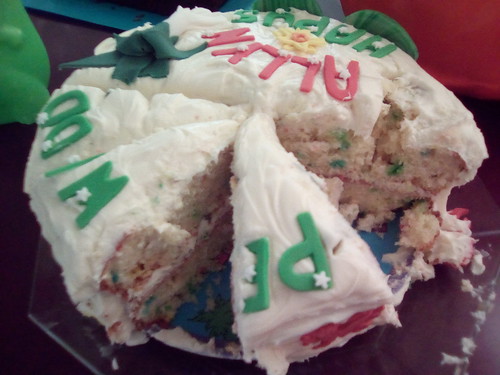 Just in case you hadn't guessed it by the name, it's a cake made for my son's birthday, who lives is America.  Covered in all things Welsh and Wales related: leeks, dragons, dafodills and lots of hugs from mam.

It turned out amazing if I'm honest. Topped in frosting rather than fondant and enjoyed by everyone who ate a piece.

As I had made so many decorations, for a number of reasons, I had loads left. So, with that in mind, I'm going to spare a moment to showcase a brownie tray cake, made by my daugher-in-law and decorated with the spare decorations I had made. The brownies are half "faked" too, but wow, they are gooey and delicious. 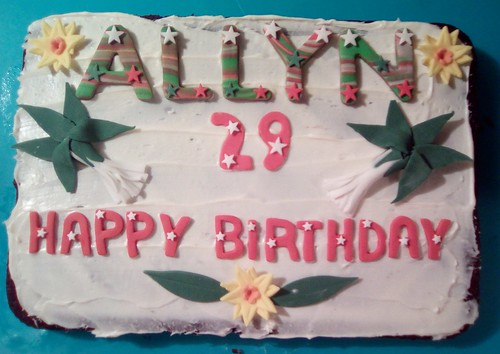