All Manner of Birthday Cupcakes 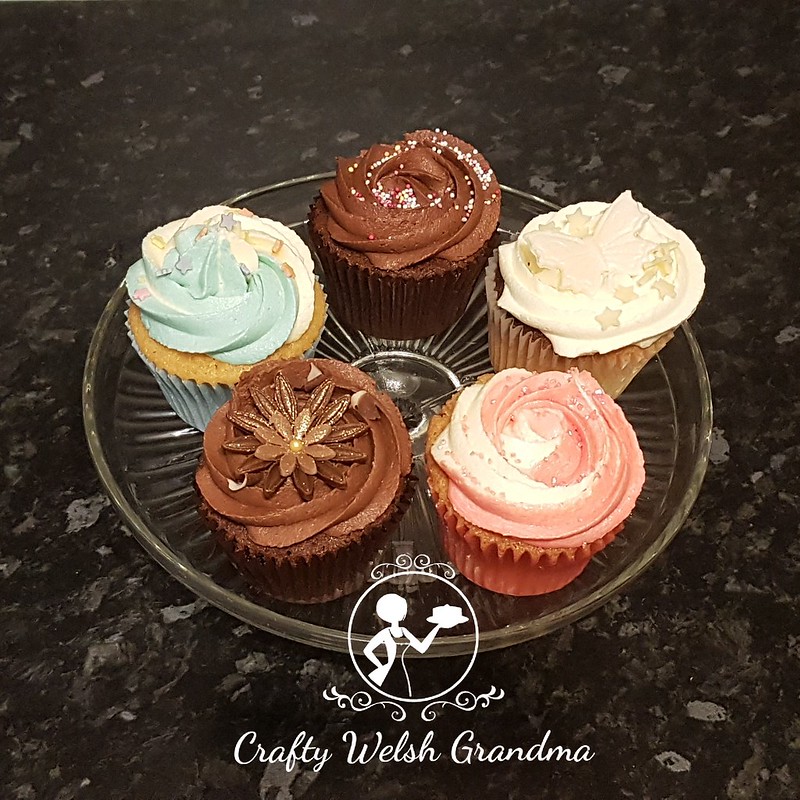 Do you remember the Teenage Makeup Birthday Cake last month? Well, the young lady's party date had finally arrived. So, what better gift to give than sixty cupcakes?

I had intended to write a blog entry for each batch / dozen, but thought "I'm going to be here all night!" With that in mind, I'm putting all varieties in this one blog entry.

The first two batches I made were the chocolate ones, one set was topped off with chocolate flavoured fondant flowers and chocolate curls, the second batch was sprinkled with some 100s and 1000s.

The cupcakes were made using this recipe, you only need 75% of the mixture for 12 and then top them off, generously, with a double batch of chocolate buttercream. 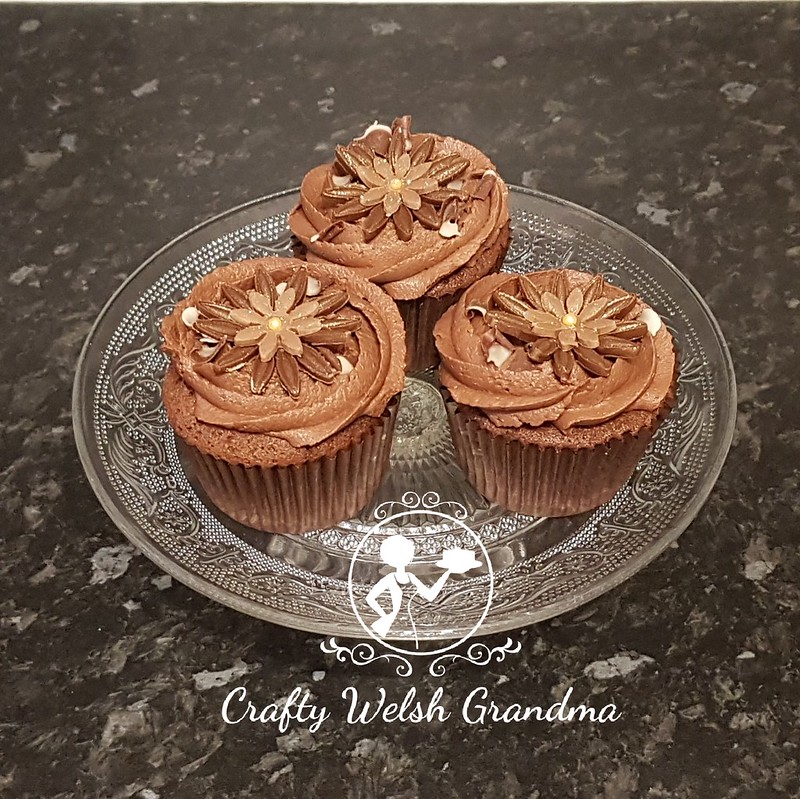 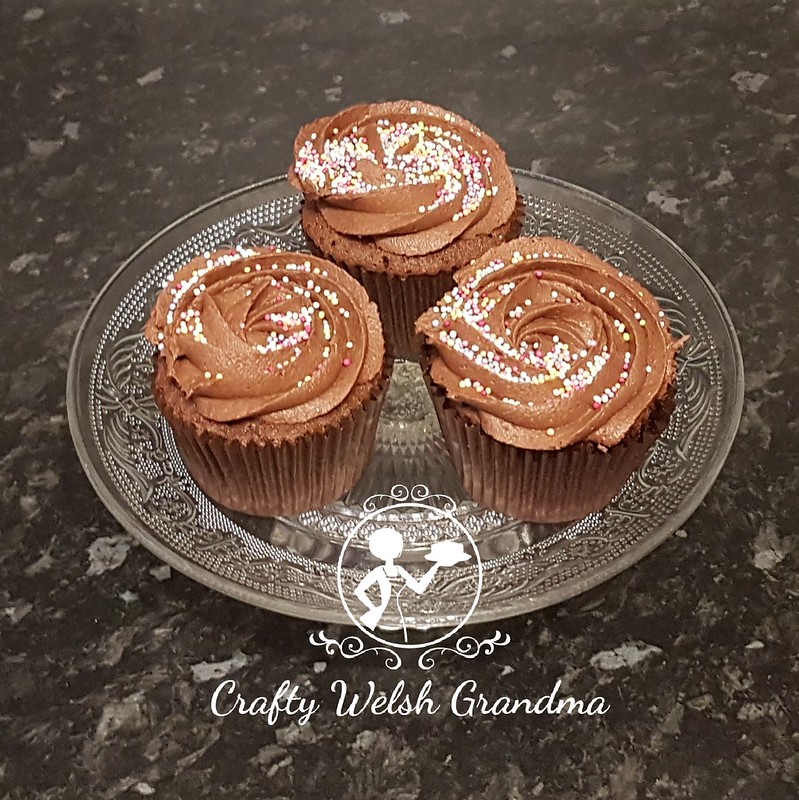 Sprinkled on top of these cupcakes were little white chocolate stars and white chocolate fondant cut into butterflies. These smell divine, so I should imagine they're going to taste just as good as they smell. 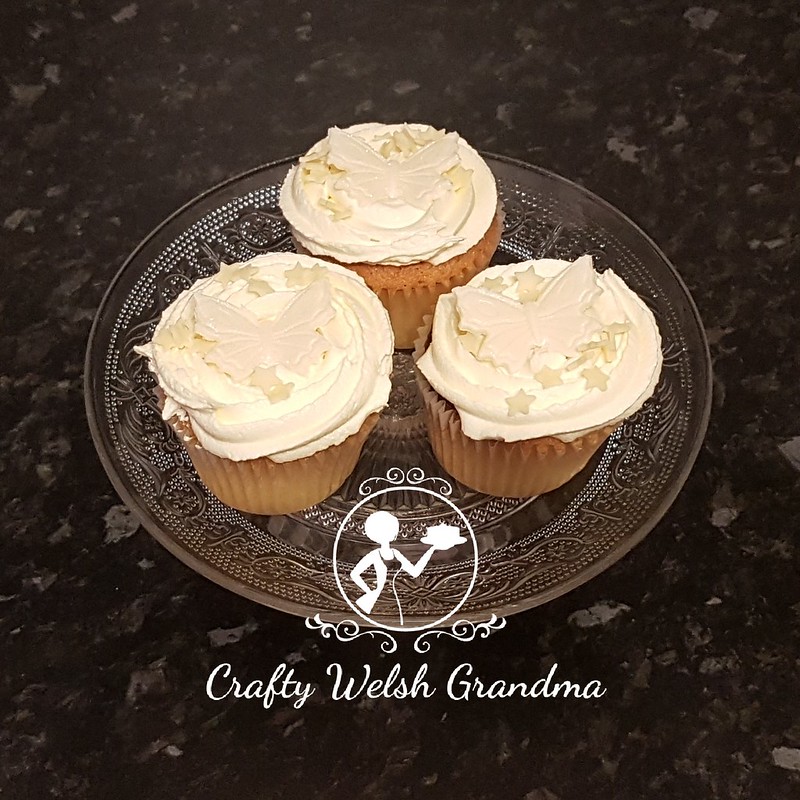 The last two batches I made were simple vanilla flavoured sponge and buttercream. Even though these are basic and simple cupcakes, it's the buttercream that makes them different.

The triple coloured pink ones were sprinkled with pink sugar sprinkles and the blue, double coloured ones were topped off with multicoloured candy stars. 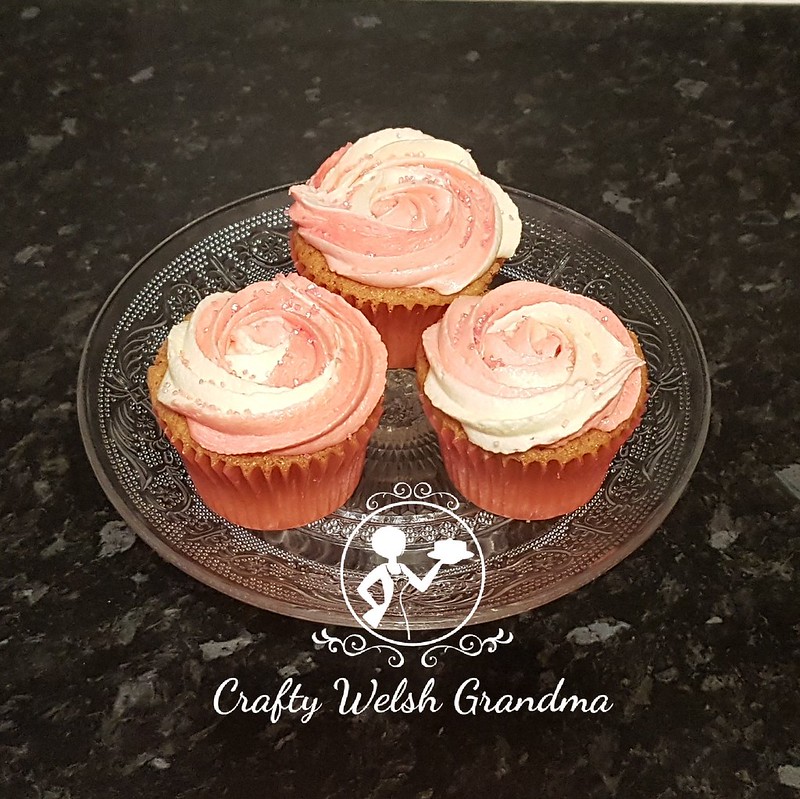 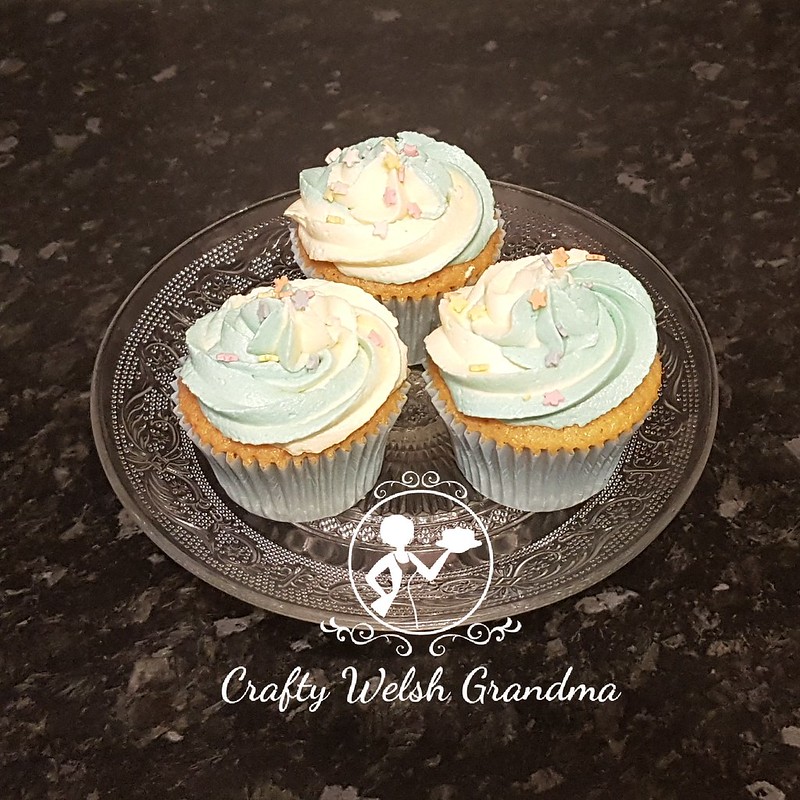 If you find yourself needing to make a number of batches of cupcakes, it's simple to make then 'different'.

I use Mason Cash Disposable Piping Bags, I get them from The Range but you can get them on Amazon too. If you're going to use buttercream topping with two colours, then you will need three bags and, likewise, if you are going to use three colours, you'll need four bags.

Place your buttercream in the bags, without cutting the bottom off just yet, place your piping nozzle in the remaining bag as usual.

Once that is done, snip the ends off the full bags and gently ease the buttercream almost to the ends. lay them together then slide the full bags into the bag with the nozzle on the end.

Once that is done, pipe a little into a bowl until all the colours pipe in the stripey pattern. If you haven't tried it before, give it a go, it's fun and the results can be very interesting.