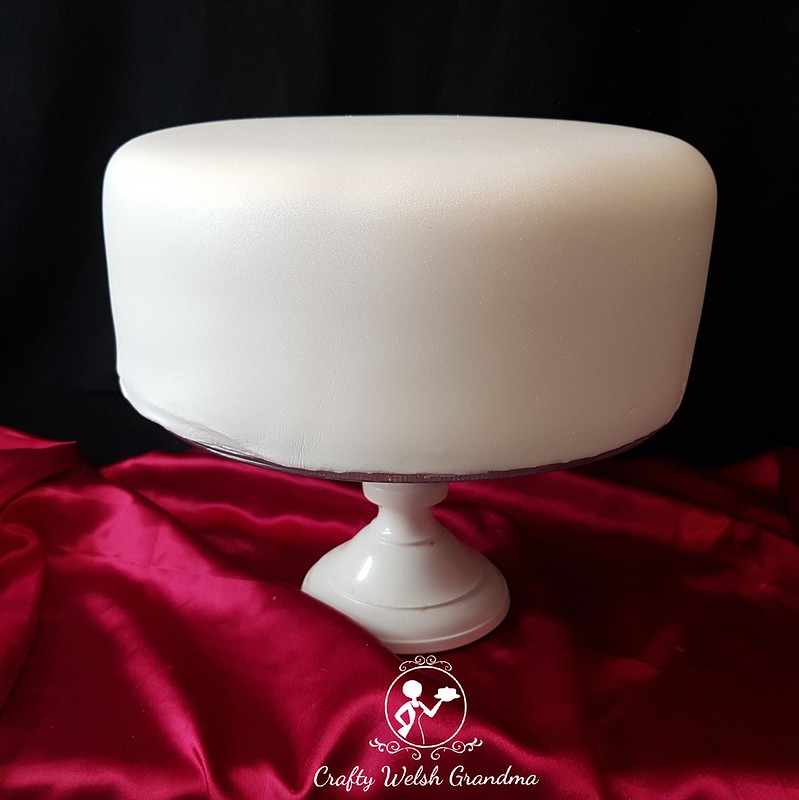 This ten-inch vanilla sponge tier will nestle in between two red velvet tiers.

This one caused me a number of issues. The main issue being, the sponges kept sinking! I have no idea why, as they were prepared and baked in exactly the same way as the other tiers.

To rectify this, a further two sin inch vanilla sponges were baked, this time by my daughter in law, Amber, then fitted into the hole I cut to remove the sunken portion.

No, you can't tell, but I'm guessing the game will be up when the cake is cut.  In addition to the laters already in this cake, two further full-size layers were given over to the bird table because fatigue had set in, after all, it was gone midnight, and I made stupid yet classic 'school girl' errors.

But it turned out ok in the end.