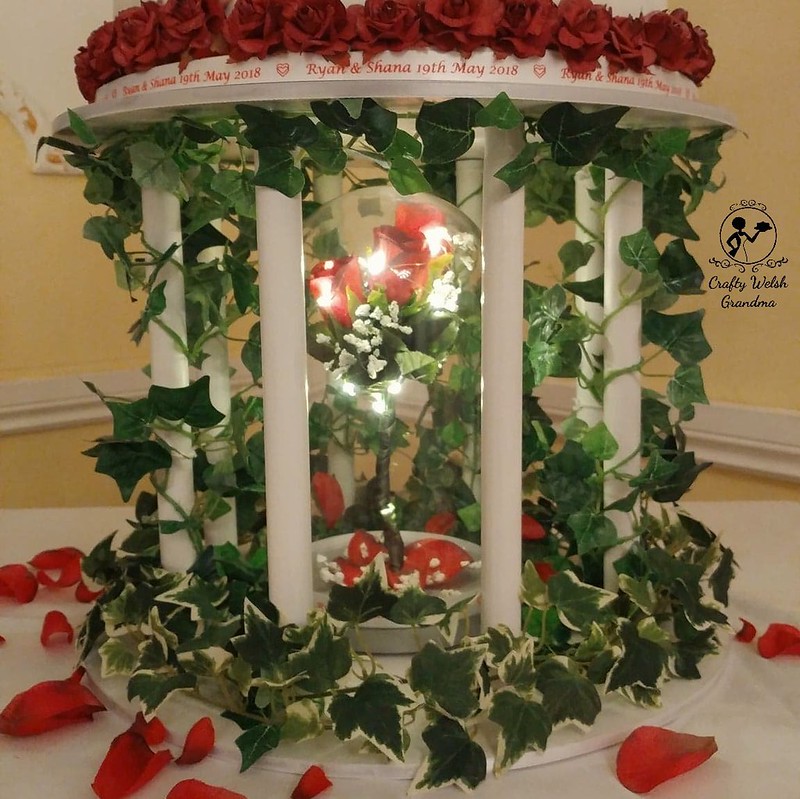 The stand, about 12 - 13" tall, approx, by 16" wide, was made for this wedding by Iron Warrior Cosplay (IWC). This young man, who is an MC, Space Marine and a Ghostbuster on the Cosplay circuit was inadvertently volunteered, by me, for the job. He graciously accepted and did me very proud. 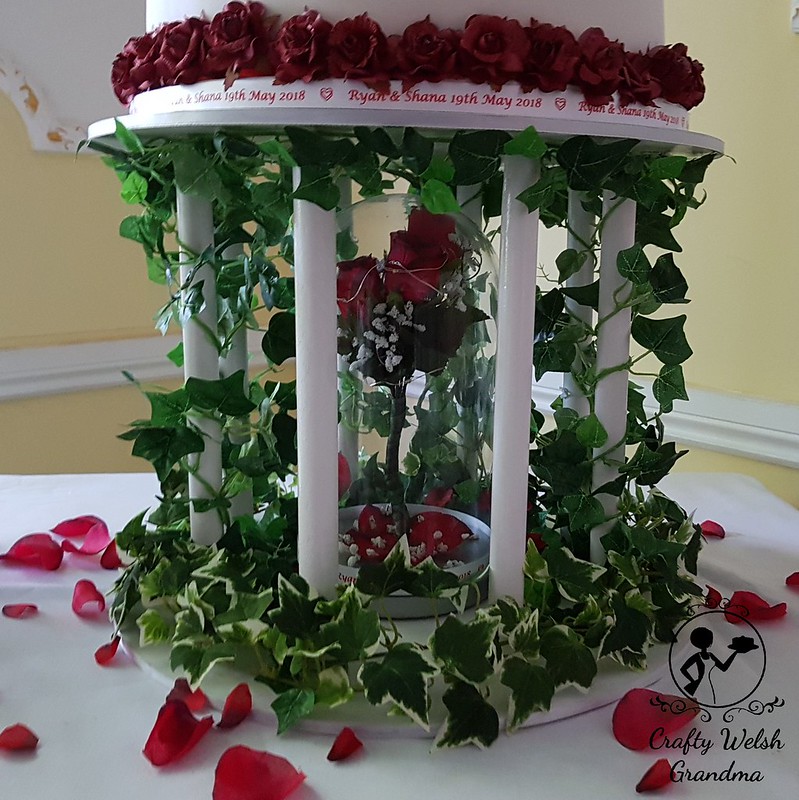 I told him what I needed, he advised me what I could have and what he suggested in order to make the unit for sturdy.  I marked out what I needed and gave him measurements. The drilling, cutting, and construction were all done by IWC.

Here are some works in progress images. 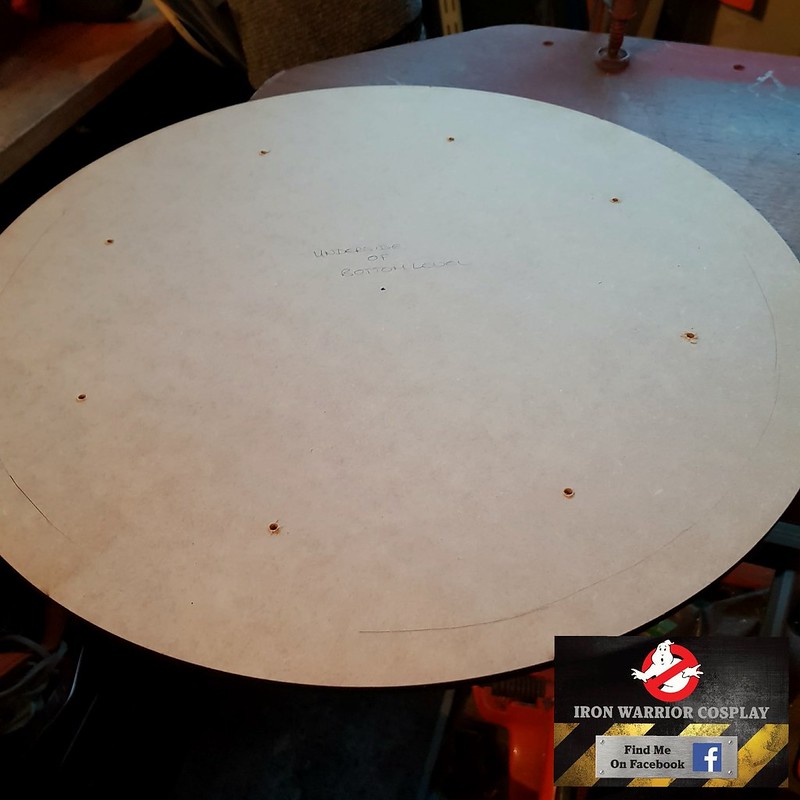 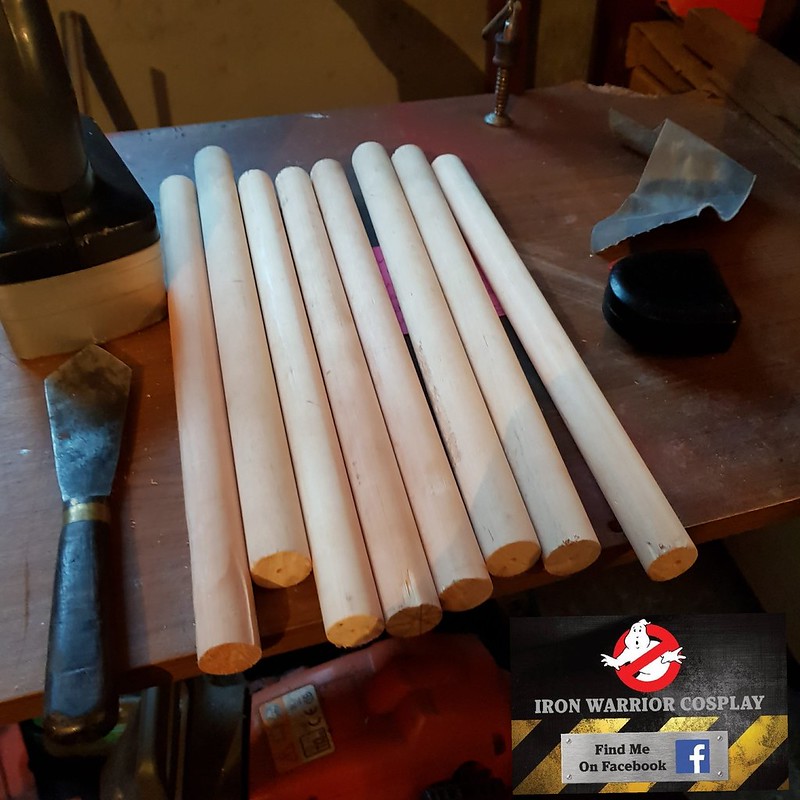 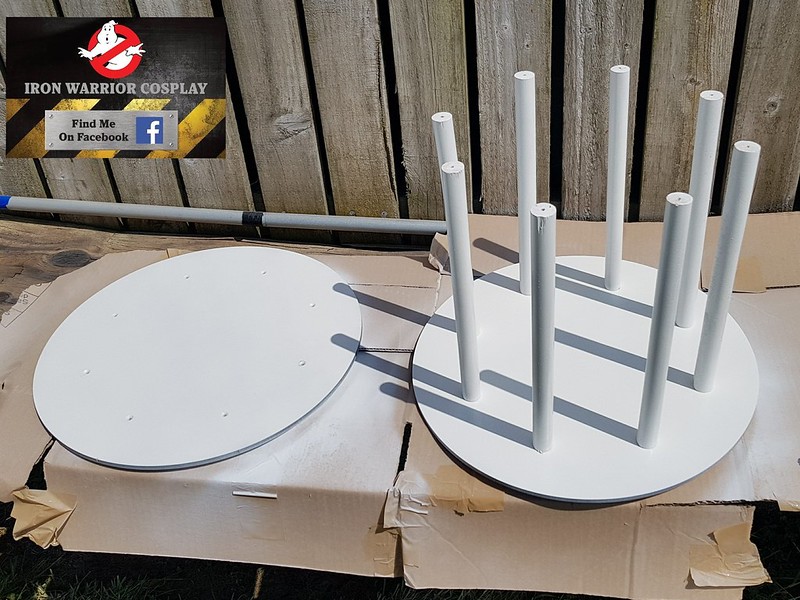 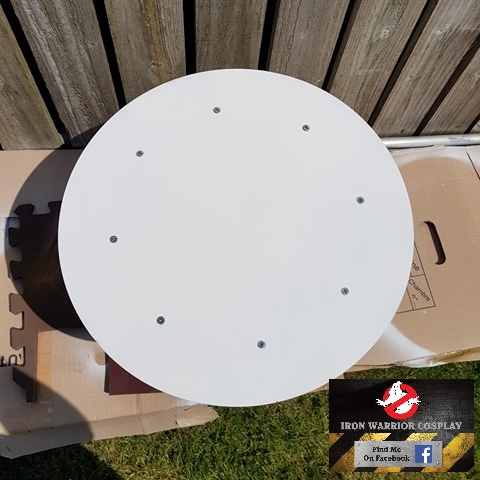 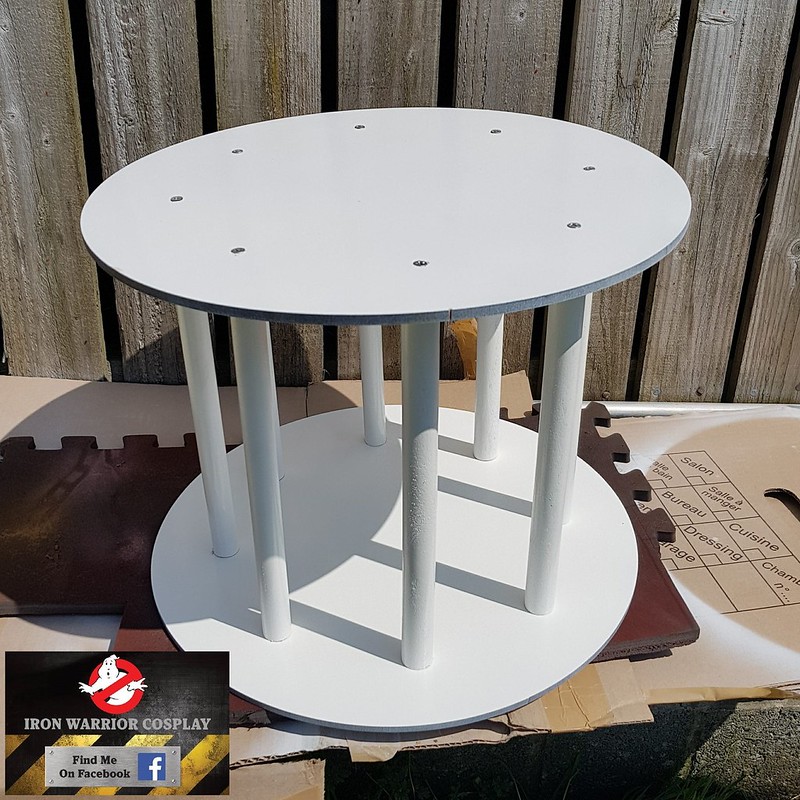 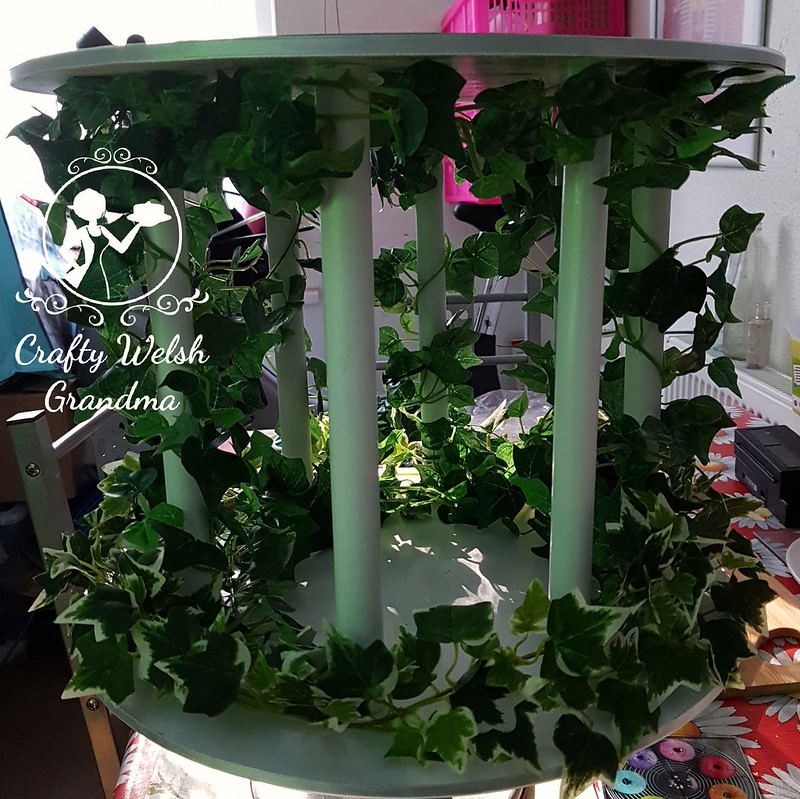 My daughter and daughter-in-law (who flew in from America for the wedding) worked on the ivy garlands. We tied them on and then hot glued them so they'd stay on during transport.

You will notice that the stand is white, but in some of my own images, specifically the ivy trial, it has a green hue. I think this was due to the intense lighting of my rather large fish tank coupled up with the green ivy reflection. In person, it's still white though.