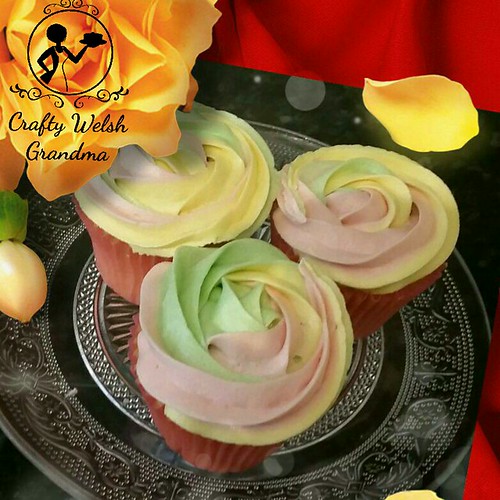 There are times when only a simple sponge will do, so you make the extra effort to make the simple look spectacular!


The simple vanilla sponge for the 12 cupcakes is 75% of this mix and double the buttercream mix.


The buttercream mix was divided into three colours and simply piped on top.


You can triple colour any topping in one of two ways. You can either buy a coupler like this ... 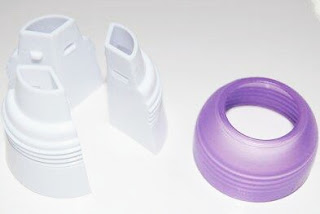 ... which requires three piping bags or, you can use four piping bags. Place your buttercream into the three bags, snip a little of the ends off and place them into a fourth piping bag which will have your nozzle attached. I would advise using the disposable bags for this method as they're thinner and easier to work with.

The good thing about using the second method is, you can use just two colours or, why stop there? Why not try four for that totally awesome finish. I've never tried more than four, but if you have, let me know how that worked. 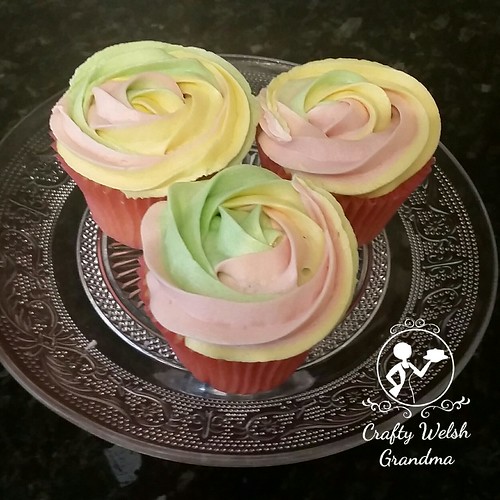