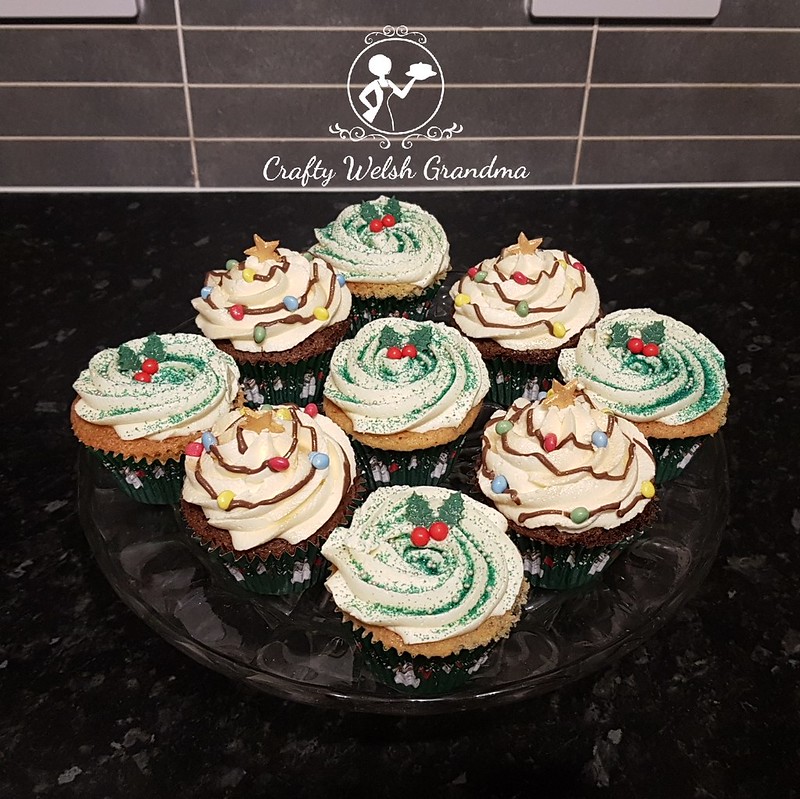 Today, I have had the pleasure of a fantastic student, Asha. She made these amazing cupcakes and all I did was show her once then stand back, just in case I was needed, which I wasn't.

As a Crafty Welsh Grandma, I adore sharing my knowledge, skills and experiences. No more so than in one-to-one 'masterclasses' 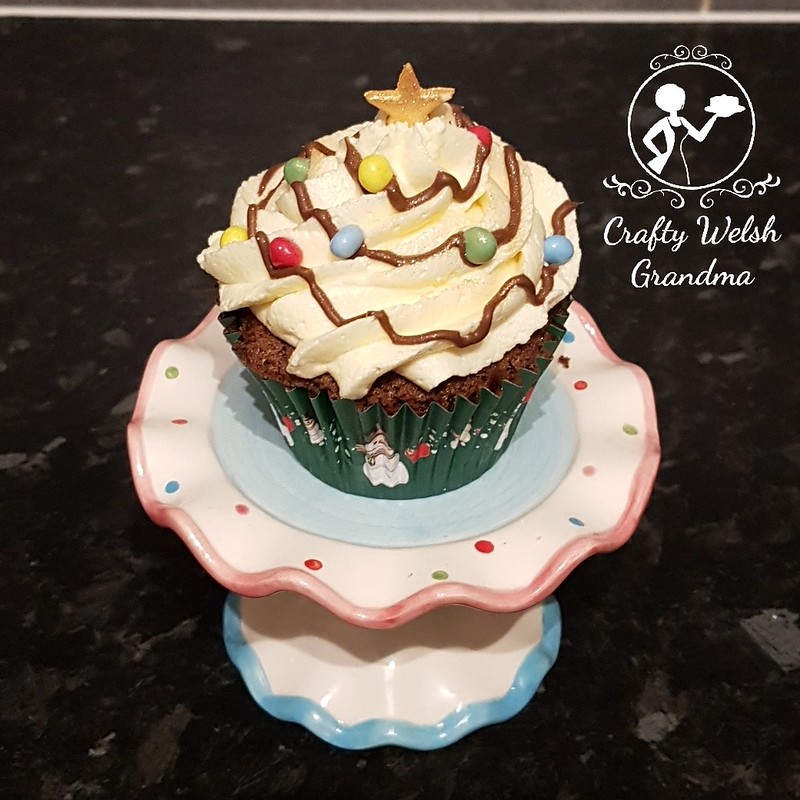 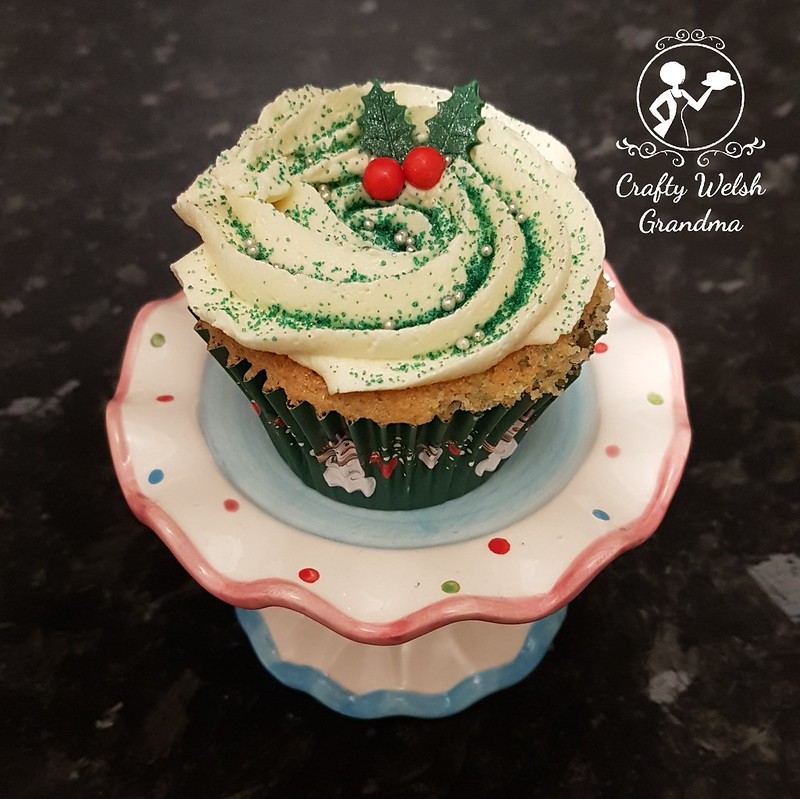 Asha had her own ideas of how she wanted her cupcakes to look and, no sooner had she arrived at my kitchen straight from work she donned the festive apron I had ready for her, and off we went. 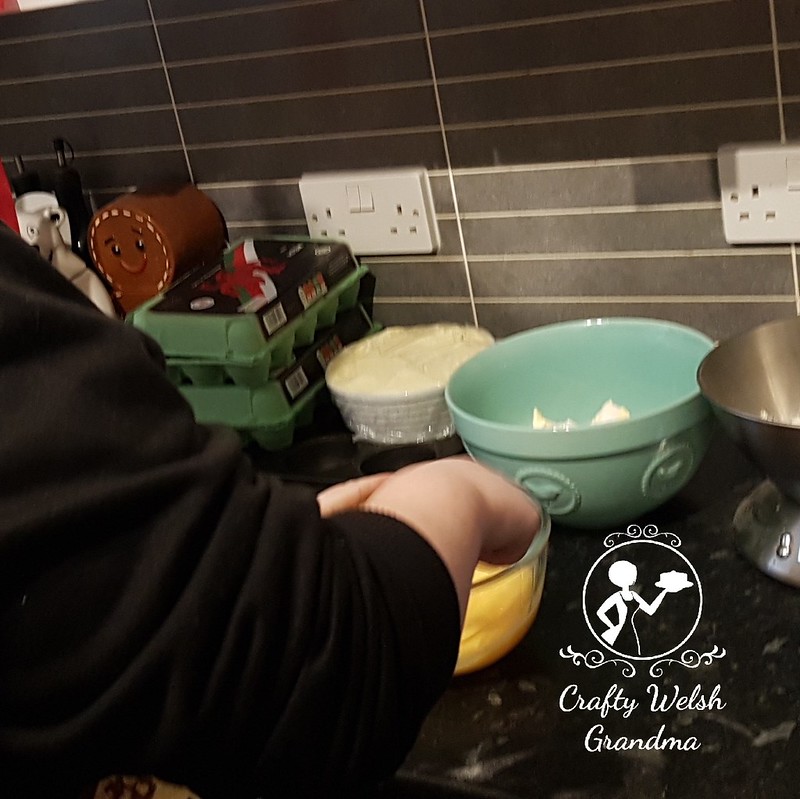 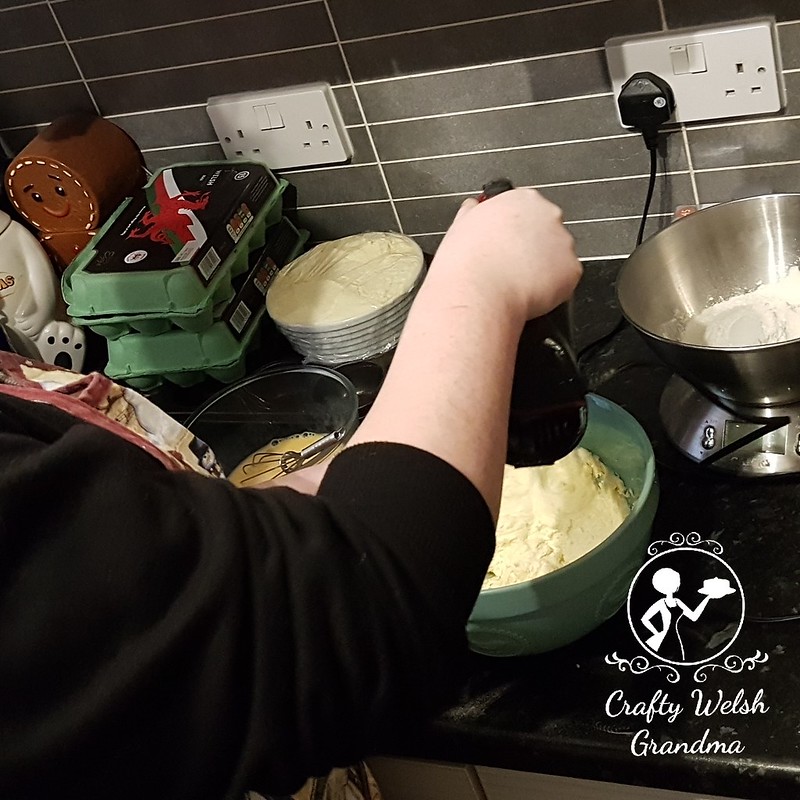 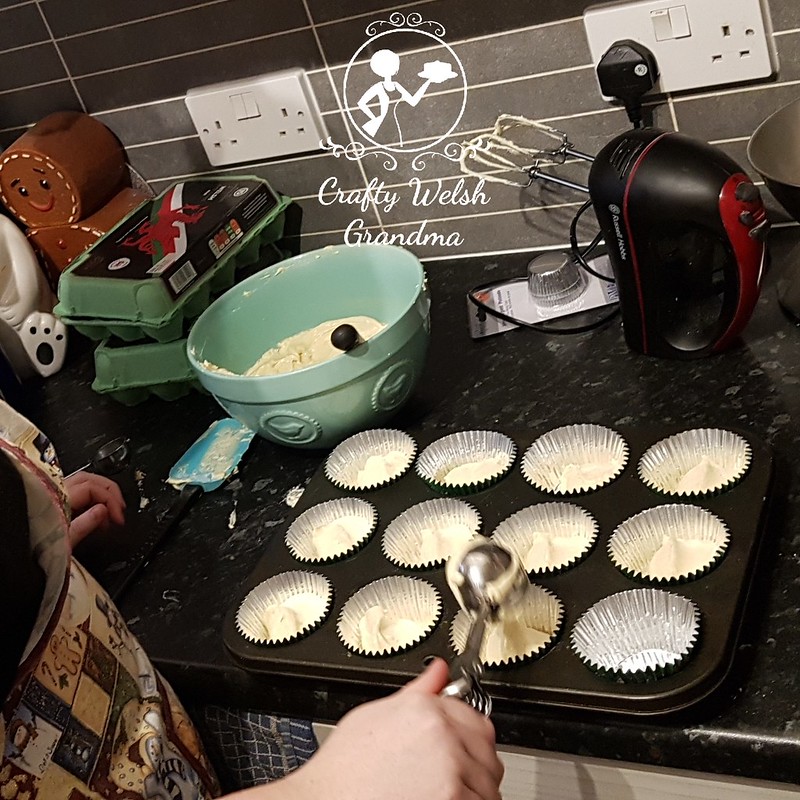 It is my preference to use ice-cream scoops to portion out the batter in each cupcake case, so, as my student for the day, Asha was instructed and took to this method with ease.

As mentioned earlier, Asha made a few more cupcakes for practice, and it was the decorating she used them for.  I showed her two types of topping, the classic cupcake peak and a simple, flatter, almost rose type topping. 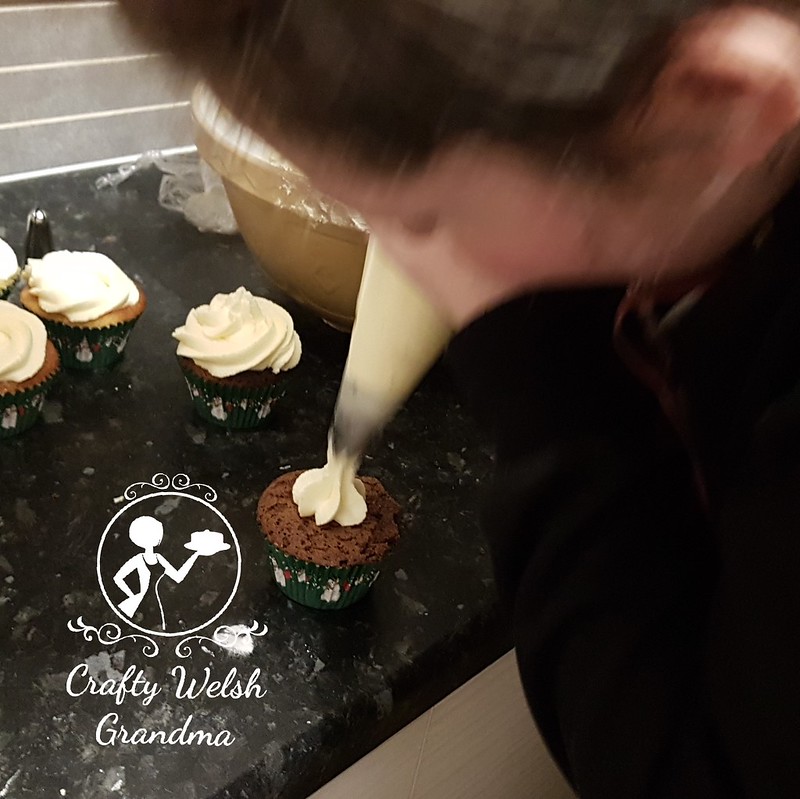 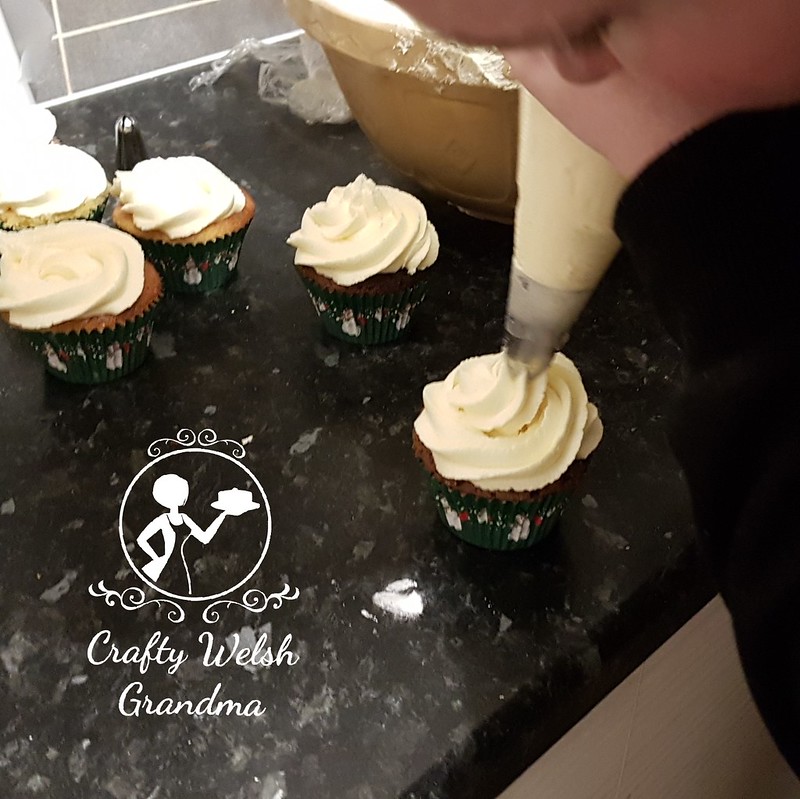 Once more, the only interaction I had was showing once then standing back until I was needed, again, I wasn't needed. 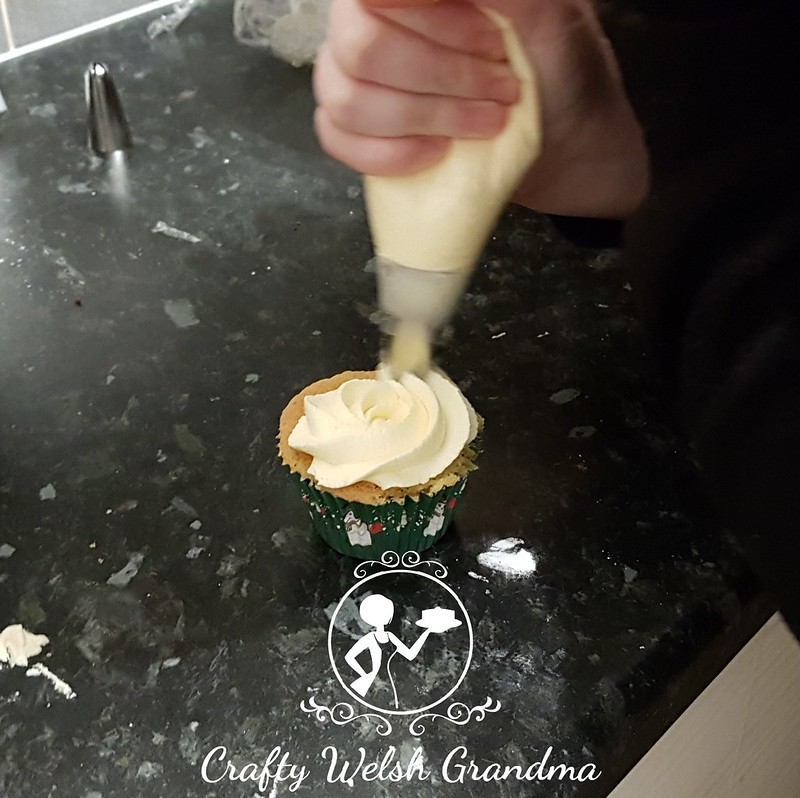 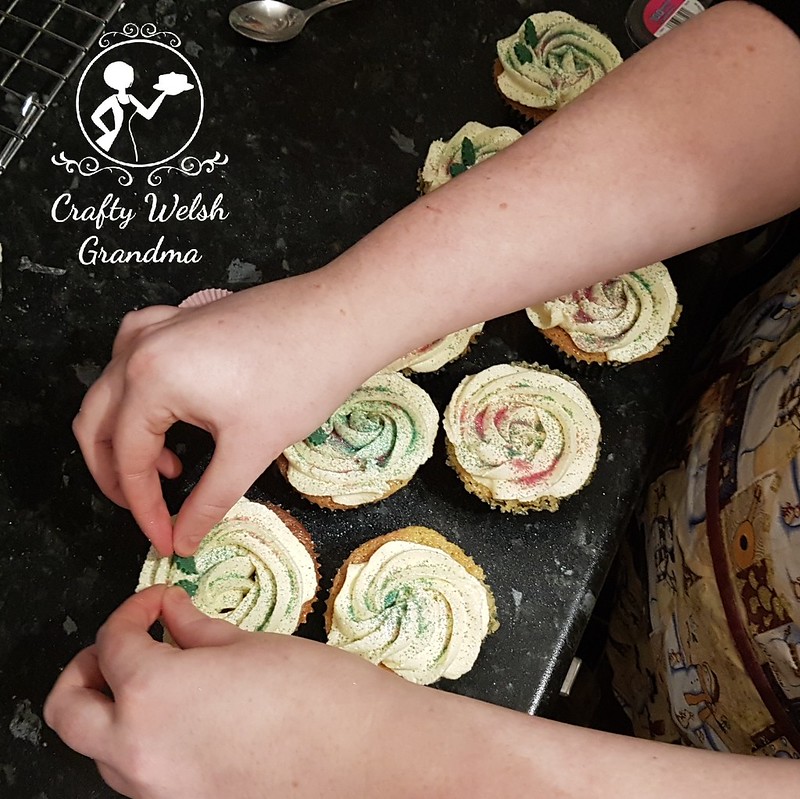 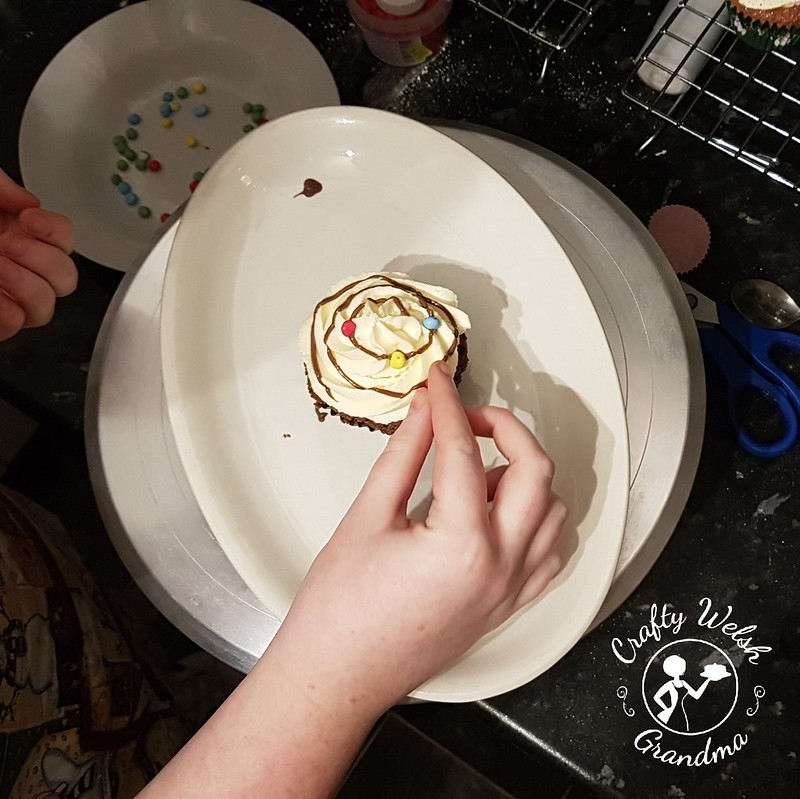 Asha decorated the vanilla cupcakes with the holly, some red candy balls for berries, a little green glitter then topped off with a dash of silver luster dust. Perfection.

For the chocolate cupcakes, which Asha topped in vanilla buttercream, she swirled melted chocolate around them, then multi-coloured candy covered chocolate beans (small Smarties) were used to resemble Christmas light on the chocolate 'wires'. Topped off with the gold star, which Asha earned loads of today, then sprinkled with some gold luster dust. Perfection, the second time around!

Now, there comes a time, with some of my masterclasses, there are doubters. To help dispel the doubt, check out the hands working hard here, then compare them to mine. 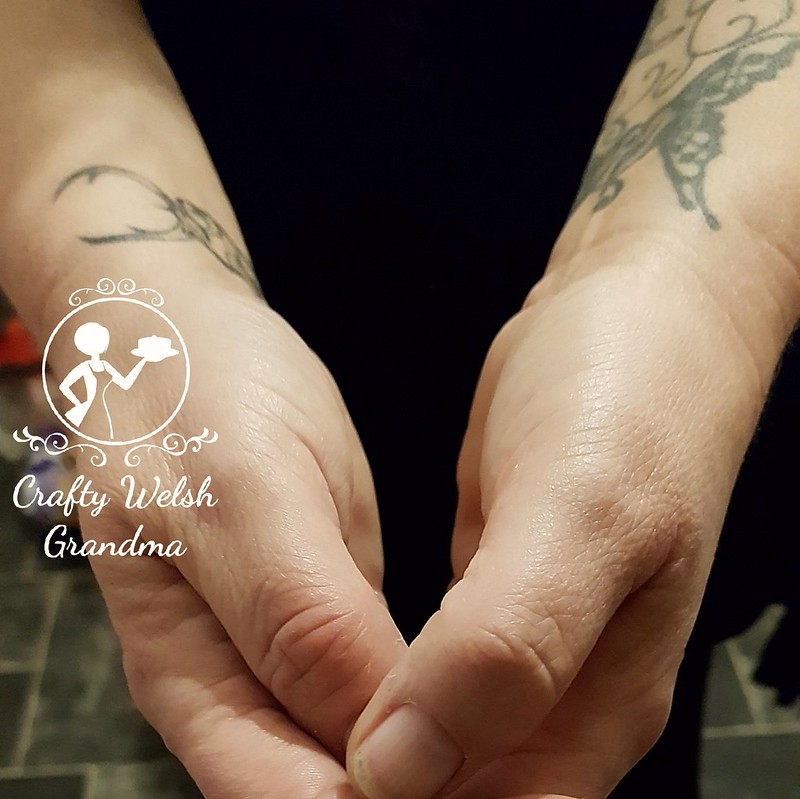 Here are my hands, the crafty hands belonging to this Crafty Welsh Grandma, complete with my permanent artwork / tattoos, quite different don't you think?

Well done Asha, you worked hard today and deserve all the credit. After all, this was all your work and not mine!