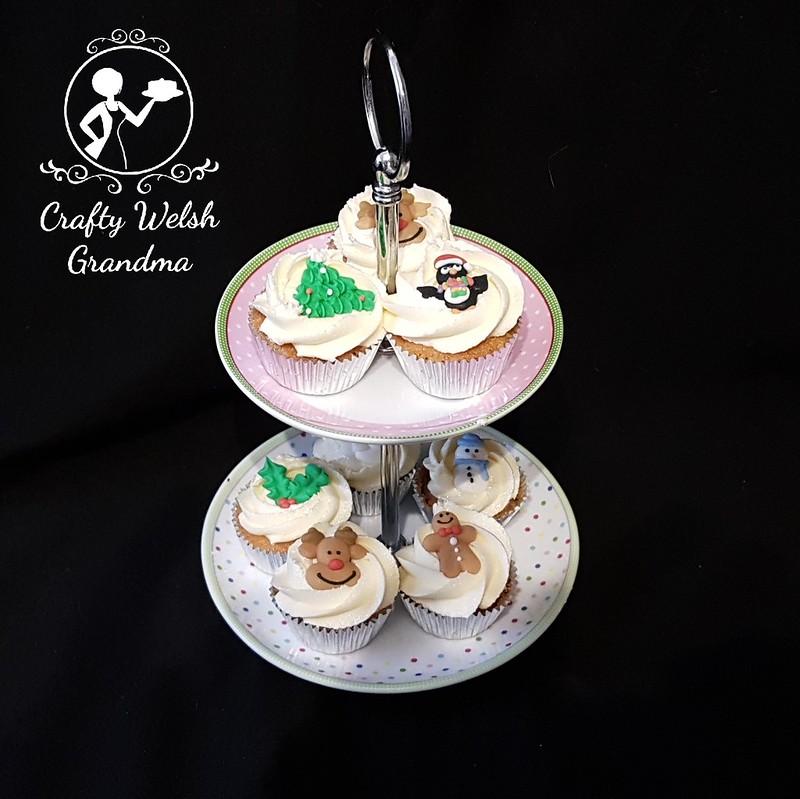 These little sweeties were made for my Grandson's Christmas party, but they did not go quite as planned.  I knew I wanted to make bite-sized yummies, plus a few "normal" sized ones, but I just didn't foresee the problems I had in my Kitchen that day.

I used a full batch of my faithful batter mix, to be topped off with vanilla buttercream later, and added a small amount to each case. No problems so far? Nope. But my smallest measuring scoop was, well, far too big. So I ended discarding the first batch I baked after this happened ... 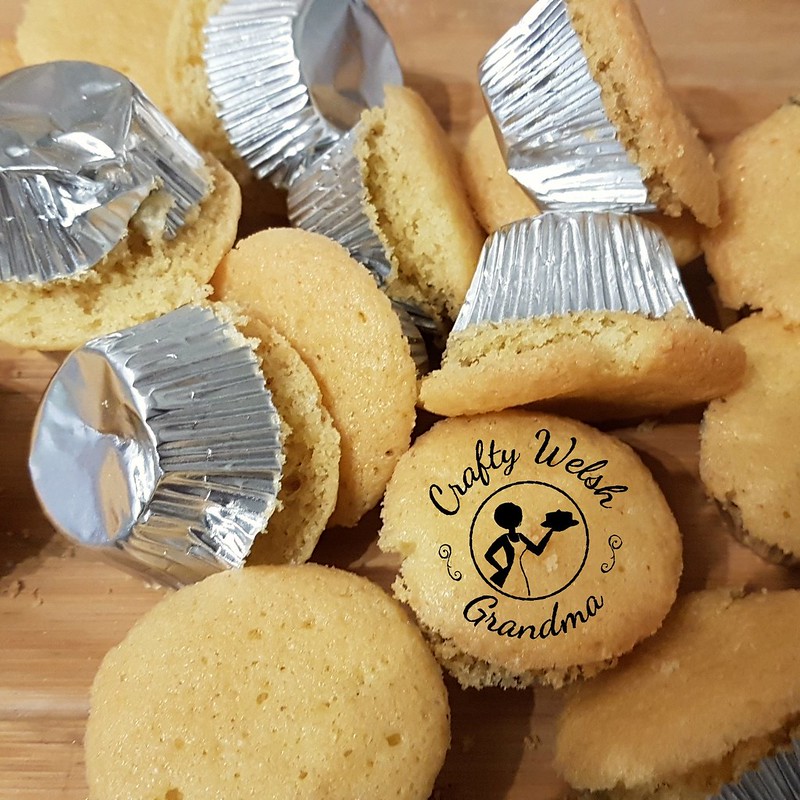 "Not a problem," says I, to myself, "I'll just use the rest of the batter mix, make big ones then worry about the little ones later."

But no, that was not meant to be. I filled eight, full-sized cases, as I picked up the tray to take it to the oven, I dropped it. With the unsalvagable cupcakes exploded all over my kitchen floor, I just stood there, tears welling up in my eyes and thinking all is lost.

Time to start again. This time, without any problems. I'll publish a quick blog entry to show off the standard size cupcakes in a moment.

As you can see, I didn't DIY the toppers this year, unlike the previous year, but they looked equally as good.